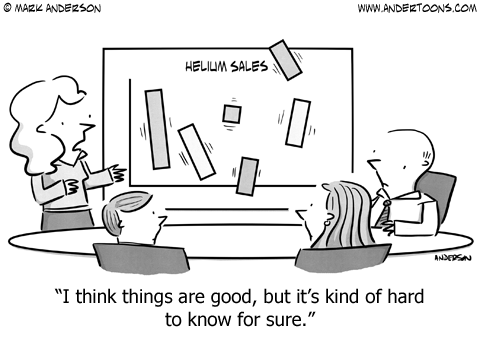 I recently spoke at the Kenosha Festival of Cartooning and the organizer of the festival introduced me as a cartoonist who did more with graph cartoons than anyone would think possible. And while that might seem like on odd compliment on its face — I adore it.

Graphs and charts offer so much visual opportunity to play with that they’re apparently an almost inexhaustible resource.

For example, maybe if you’re a helium company your bars might float around in mid air around the graph. And that would make it hard to get a good idea how things are going.