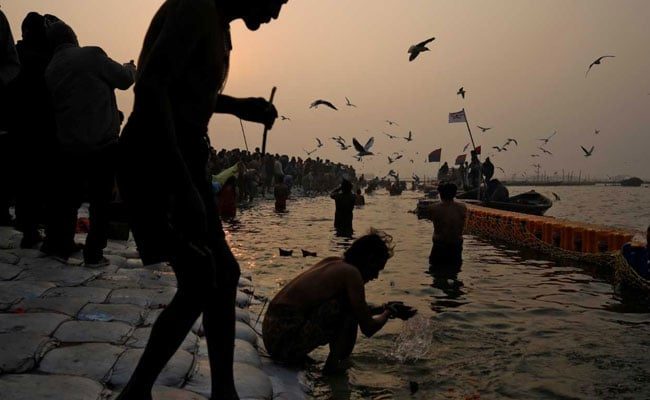 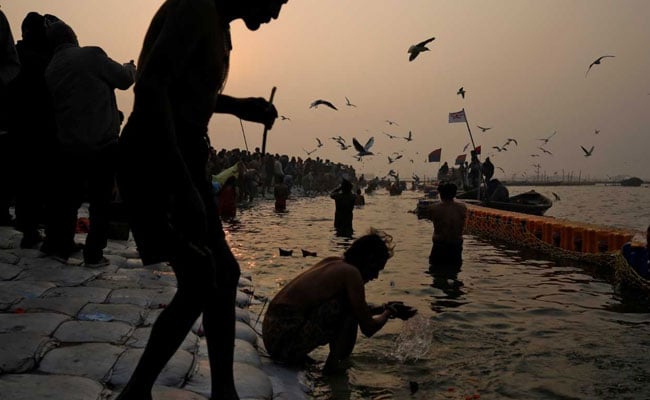 Millions of pilgrims will plunge selves into Prayagraj’s icy waters during the first Shahi Snan.

Pilgrims from across the world are gathering in Uttar Pradesh’s Prayagraj for the Kumbh Mela, a mix of spirituality, politics and tourism that begins on Tuesday, garnering extra attention ahead of the Lok Sabha elections this year.

During the eight-week festival, authorities expect up to 150 million people, including a million foreign visitors, to bathe at the Sangam, or confluence of the Ganges, the Yamuna, and a mythical third river, the Saraswati.

“Kumbh is a conglomeration of spiritual consciousness and cultural heritage,” Mahesh Sharma, who heads the culture ministry, said in a statement. “We are also showcasing here India’s rich traditions, as visualised by Prime Minister Narendra Modi.”

On Tuesday, millions of pilgrims led by ash-smeared ascetics will plunge themselves into the icy waters during the first Shahi Snan, or Royal Bath, that begins around 4 am. 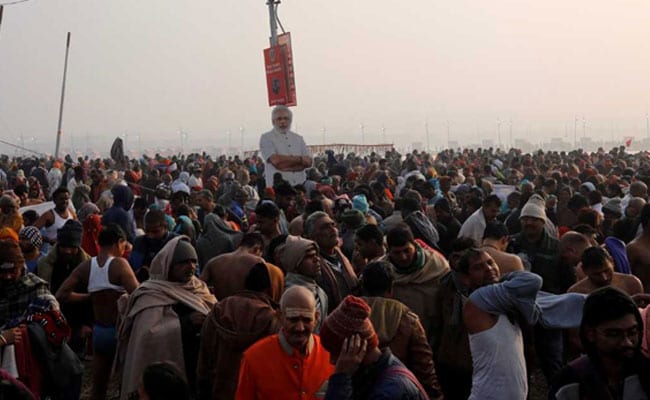 Authorities expect up to 150 million people, including a million foreign visitors, to bathe at the Sangam.

With less than 24 hours until the festival starts, the last of the arriving ascetics paraded towards temporary ashrams built of corrugated steel and canvas on the eastern banks of the Ganges, many decked in fairy lights.

Pilgrims poured in to the site, which is closed to traffic around bathing days, carrying bundles on their heads, while vendors peddled neon balloons and cotton candy, as security men stood guard, with priests and armed police seated side-by-side.

Authorities have set up temporary bridges, 600 mass kitchens and more than 100,000 portable toilets in a pop-up city at the Sangam.

Those with cash can make their pick of luxury campsites on the river banks that offer Ayurvedic spas and yoga that cost up to Rs. 32,000 each night.

Most of the pilgrims make do with more modest lodgings, sleeping in vast tents or out in the open.

“I don’t know where I will stay yet, but you do not often get to meet these saints and sadhus,” said Rajendra Singh, a retired soldier now working as a security guard, who rode a bus from Lucknow.

This year’s event comes at a critical time for PM Modi’s Bharatiya Janata Party (BJP), expected to face a tough contest in a general election due to be held by May. 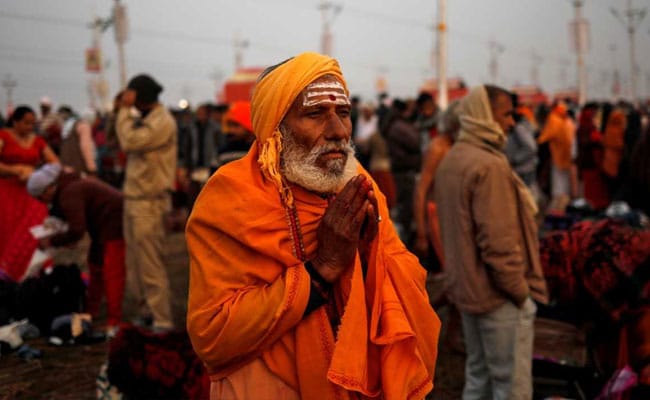 Most of the pilgrims make do with more modest lodgings, sleeping in vast tents or out in the open.

It lost power in three key states in assembly elections in December, and will want to avoid a similar result during the general election in Uttar Pradesh, a state of 220 million where a good showing can often decide the contest.

This year, Chief Minister Yogi Adityanath has transformed a smaller Ardh, or “half” Kumbh Mela, into a full version of the festival.

He has also renamed several cities – including Prayagraj, which used to be known as Allahabad until it got its new name in October.

PM Modi and Congress president Rahul Gandhi are both expected to attend the festival before it wraps up in March.