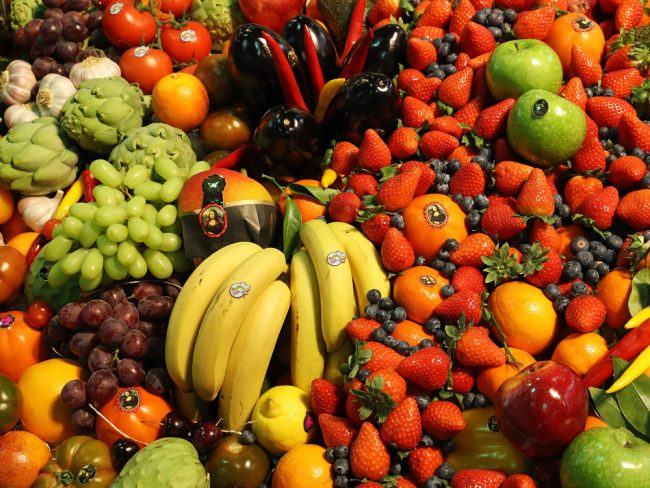 In Western food culture, where picking up an alternative diet has become more common than trying a new hobby, instructing people to eat a plant-based diet remains one of the only bulletproof pieces of nutritional advice available.

Deciding what to eat for lunch in 2017 involves navigating a profusion of gluten-avoiding, lactose-intolerant, Soylent-swigging, low-carb-dieting vegans. But despite our differences we have all miraculously agreed that fruits and vegetables come in peace.

For decades, plants have been the Switzerland of the nutritional conflict. Yet new research suggests that some fruits and vegetables may be hurting our health more than helping.

Yet Gundry indicates that lectins can have inflammatory effects that encourage gut-related health issues like leaky gut, autoimmune disorder and weight gain. “Lectins are plant proteins that protect the plant and its seeds from being eaten by basically hacking into the animal’s immune system, causing the animal to have inflammation,” says Dr. Gundry. “The most troublesome plant lectins are found in the hulls of grains, in beans and legumes, and the nightshade family – specifically the peels and seeds of tomatoes, peppers, eggplants, etc.”

Inflammation is an immune response that occurs when the body is trying to protect itself from harmful or irritating substances. Acute inflammation is a natural reaction that is mostly harmless, yet if it persists it can lead to chronic inflammation, which can play a role in illnesses including asthma, Crohn’s disease and arthritis, according to a paper authored in Live Science. Several studies, including a report published in the BMJ Medical Journal, have also indicated that eating too many lectins can damage the intestinal lining and trigger chronic inflammation.

“Although I am a voracious plant predator, one has to realize that there is not a human need for fruits and vegetables: just ask an Eskimo,” says Gundry.

The suggestion that we do not need to eat fruits and vegetables to be healthy practically begs to be turned into easily digested clickbait. But despite the temptation to oversimplify, the reality of lectin danger is much less absolute.

Gundry is careful to note that some potentially dangerous plant foods also contain health-enhancing benefits like polyphenols, which improve your immune system, brain, nerve and blood vessel function. We all know that eating a lectin-free meal of soda and chicken nuggets is worse for you then a lectin-heavy chickpea and eggplant salad, so how worried should you really be about the latest anti-nutrient?

As lectins continue to gain steam as the newest dietary evil, it’s not hard to imagine a scenario where gluten-free sections of grocery stores are eventually replaced by lectin-free foods, and legumes become a dietary taboo on par with white bread.

But it takes a lot of lectins to cause a negative impact on your health. Unless you are eating a diet that is entirely composed of eggplants and beans, lectin is likely not to put you at risk of certain diseases – just as gluten and fat were not the nutritional evils they were believed to be.

If nothing else, lectin fear illustrates how quick we are to vilify a nutrient without taking the time to properly understand it. The temptation to do this has turned nutrition into something more closely resembling a belief-based religious system rather than a clear-cut path to health.

No matter if you’re gluten-free, pescatarian or go out of your way to put butter in your coffee to the chagrin of vegans everywhere, anyone who has made a conscious dietary choice has also likely experienced a quiet moment of uncertainty where they hope their decision prevails as the one that is right.

Healthy eating should not be this confusing. As we witness the defamation of the latest anti-nutrient, we should use the opportunity to practice a little bit of restraint. Do not go rushing in, believing the first thing you read or hear when it comes to your diet. Instead, tackle food advice with your own research and hesitation, not blind hope.

Take each new nutritional trend with a grain of salt – just not too much. Sodium is terrible for you.