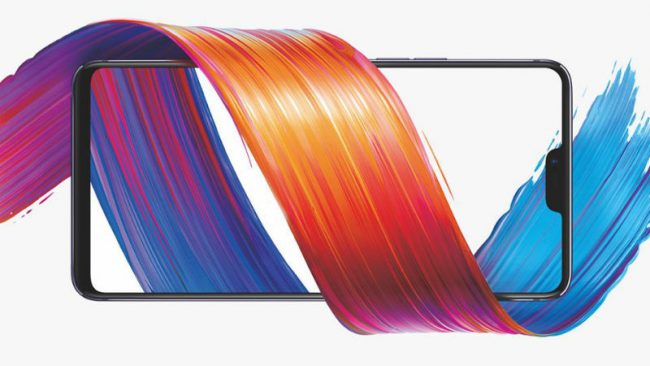 OnePlus 6 price would be higher than that of OnePlus 5T by a small margin, shows the new leak

The OnePlus 6 launch is just round the corner as the Chinese phone maker prepares to unveil its next-gen flagship in Q2 this year. Yet another leak has emerged online that reveals the price and key specifications of the smartphone. According to the new leak, the OnePlus 6 will enter the ranks of the premium flagships when it comes to the pricing strategy. Of course, this also means the OnePlus 6 will be the company’s most expensive smartphone yet. Apart from that, the smartphone is also said to get a new 256GB inbuilt storage variant. The leak shows a dual camera setup with 16-megapixel and 20-megapixel sensors on the back.

A CNMO report cites a leaked screenshot to claim that the OnePlus 6 price will be US $749 (roughly Rs. 48,800). However, a closer look at the image shows the iPhone X and Samsung Galaxy S9+ prices as $1,517 and $1,200, respectively; these prices are higher than what the two models cost in the US. However, these correspond to the Canadian prices of the two smartphones, suggesting the $749 price tag is for the Canada market, and not the US. This translates to roughly US $575 (roughly Rs. 38,000, plus applicable duties), which is higher than the $559 (Rs. 37,999 in India) price tag for the OnePlus 5T 8GB RAM variant.

As for the specifications, the image shows OnePlus 6 will feature a Qualcomm Snapdragon 845 SoC, up to 8GB of RAM, up to 256GB inbuilt storage, Dash Charge support, a 6.2-inch display, and a 3D glass back design. Further, the screenshot suggests the price of the phone’s 8GB RAM/ 256GB storage variant will be $749 (roughly Rs. 48,800). We can expect the phone to run Android 8.1 Oreo out-of-the-box, with an impending Android P sometime later this year or in early 2019. 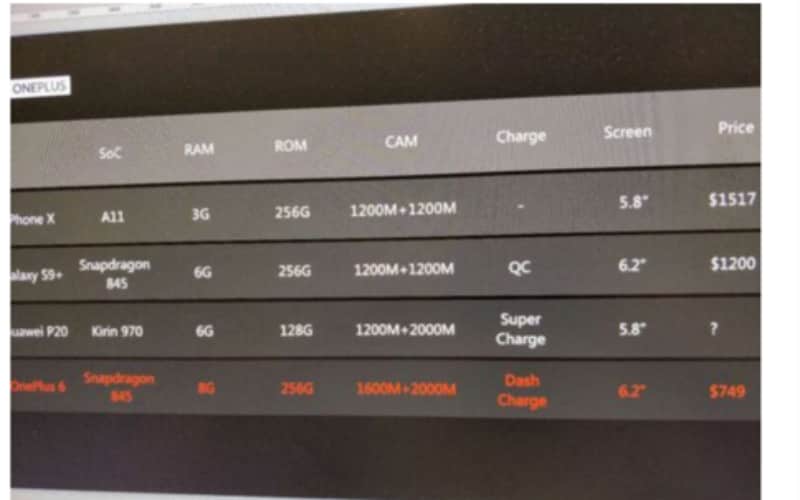 Talking about design leaks, the phone is expected to sport an iPhone X-like notch on the front with a taller 19:9 aspect ratio display. The phone is also said to get a vertical dual rear camera setup on the back, with a larger fingerprint sensor below that.

On the sidelines of CES 2018 in January this year, OnePlus CEO Pete Lau had confirmed the arrival of OnePlus’ next flagship smartphone sometime in Q2 2018. This suggests that the OnePlus 6 might be launched before end of June 2018.