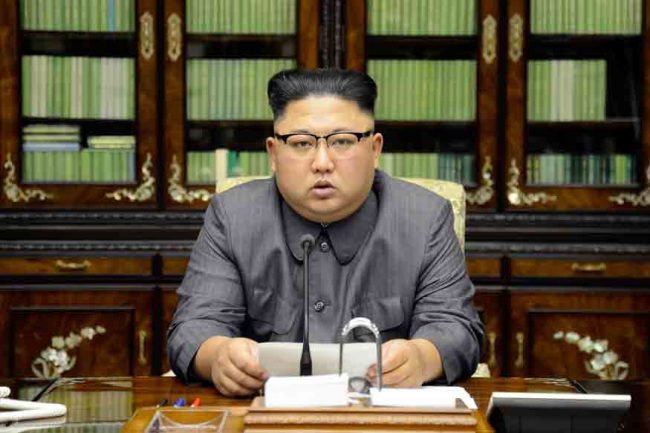 Pyongyang: North Korea on Wednesday said that it will reopen a suspended inter-Korean communication line after leader Kim Jong-un extended an overture to Seoul in his New Year’s Day message.

The North will open the dialogue channel at the shared border village of Panmunjom at 3 p.m., Yonhap News Agency quoted Pyongyang state-media as saying.

“By upholding a decision by the leadership, we will make close contact with South Korea in a sincere and faithful manner,” said Ri Son-gwon, the head of North Korea’s agency handling inter-Korean affairs.

“We will discuss working-level issues over our potential dispatch of the delegation.”

But he did not specify whether the country would accept Seoul’s offer for high-level talks slated for January 9.

On New Year’s Day, Kim said North Korea was willing to send a delegation to the Olympics in South Korea and is open to inter-Korean talks over the matter.

Pyongyang cut off two inter-Korean communication channels — a hotline installed at the liaison office at the truce village and a military channel — in February 2016 in protest of Seoul’s shutdown of a joint industrial complex.

“The leader stressed that whether inter-Korean ties can be improved totally depends on North and South Korea,” he said.

“We will consult with North Korea over working-level issues in connection to our dialogue offer through the hotline,” the ministry said.