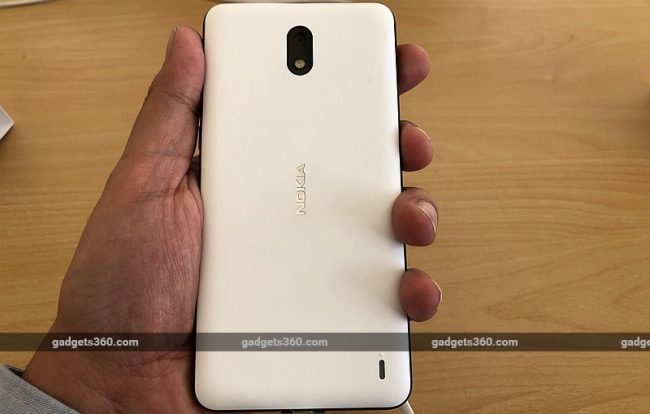 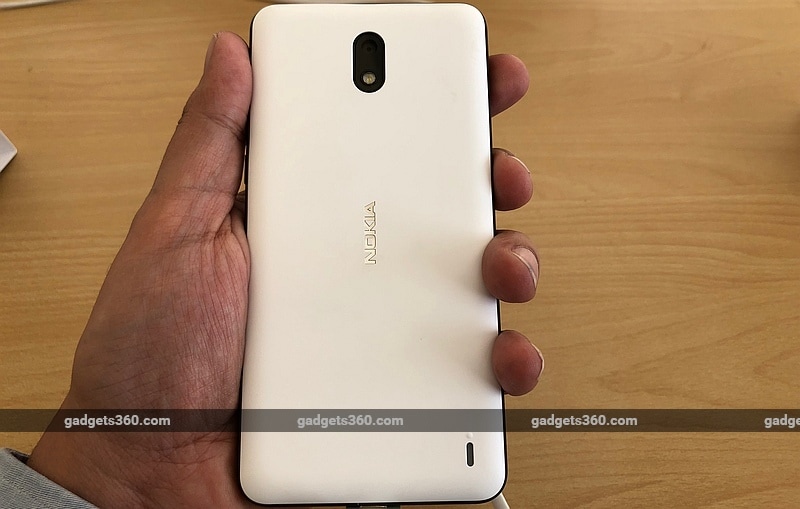 Nokia 2 price in India has been revealed by HMD Global almost four weeks after it was unveiled in the country. The entry-level smartphone with stock Android 7.1.1 Nougat will cost Rs. 6,999 and will be available via offline retail outlets in Pewter/Black, Pewter/White and Copper/Black colours. It goes on sale on Friday, November 24, and launch offers include complimentary 45GB data from Jio, and 12-month insurance plan from Servify. To recall, key Nokia 2 specifications include a 4100mAh battery, 5-inch HD LTPS screen, quad-core Snapdragon 212 chipset, 8GB internal storage, 1GB RAM, 8-megapixel rear camera, and 5-megapixel front camera.

OnePlus 5T second early access sale in India
Also on Friday there is the second OnePlus 5T Early Access sale, something that comes as a pleasant surprise to fans as this sale was not announced after the first sale ended. The sale starts at 12pm and concludes at 1pm and is open to everyone, not just Amazon Prime members. Fans can head to Amazon India or OnePlusStore.in to make the purchase. The company also revealed that OnePlus 5T (Review) became its fastest-selling smartphone within 6 hours of going on sale. Amazon India also said it is the highest-grossing product on a single day among Prime users. Priced at Rs. 32,999 for the 6GB + 64GB variant, and Rs. 37,999 for the 8GB + 128GB model, OnePlus 5T has a 6-inch display with bezel-less design and 18:9 aspect ratio, Snapdragon 835 processor, 3300mAh battery, and improved cameras compared to its predecessor.

PM Modi launches Umang e-governance app
Prime Minister Narendra Modi launched the Umang e-governance app to provide over a hundred citizen-centric services on a single platform. It will combine many services – including Digital India initiatives such as Aadhaar, DigiLocker, and PayGov – and can be used to access income tax filing, LPG cylinder bookings, Provident Fund account, CBSE results, and so on. It supports English, Hindi, and 10 local languages, and will be available for Android and iOS devices. Also, the Umang app has social media integration to connect Facebook, Google, and Twitter accounts, and enable one-touch login process.

Apple to launch ‘made in India’ iPhone SE 2 in 2018
According to a new report, last year’s iPhone SE will get an update in 2018, and will be manufactured at Apple contractor Wistron’s Bengaluru facility. The model is expected to launch in the first quarter of 2018, and cost $450 (roughly Rs. 29,200), making it an affordable option for those seeking a new model without spending a bomb. The ‘made in India’ handset will also be sold in Indonesia and other Southeast Asian countries. According to previous rumours, iPhone SE 2 will be powered by iPhone 7’s A10 Fusion chip with 2GB RAM, and it shall feature a 4-inch display, 12-megapixel rear camera, 5-megapixel front camera, 1700mAh battery. It will reportedly come in 32GB and 128GB storage options.

Xiaomi India head teases launch of ‘Desh ka Smartphone’
Xiaomi India General Manager Manu Kumar Jain has teased the launch of yet another phone in the country, after the release of Redmi Y series earlier this month. Jain’s tweet did not offer many details, and only promoted the upcoming model as a ‘Desh Ka Smartphone’ that’s made for India. There is some speculation that the handset being launched is the Redmi 5A, the successor to the entry-level Redmi 4A. The new handset doesn’t have many upgrades over its predecessor, but is claimed to have 8-day battery life and metal-like matte texture.

Xiaomi Mi 7 specifications, price leaked
While the India launch will be aimed at the entry-level market, there are rumours about the top-end Xiaomi Mi 7 to whet the appetite of flagship fans. It will reportedly have a 6.01-inch OLED display, bezel-less design, the upcoming Snapdragon 845 chipset, and dual 16-megapixel rear cameras. Other key features include 6GB RAM, 3350mAh battery, fingerprint sensor on the back, and glass back to support wireless charging. While Xiaomi may use Apple Face ID-like facial recognition in some future flagship, Mi 7 will miss out on it. As for the price, the Xiaomi Mi 7 is said to cost CNY 2,699 (approximately Rs. 26,600).

Indian telecom user base contracts in September 2017
India’s telecom subscriber base has shrunk by 2.9 million in September, and currently stands at 1.183 billion, according to latest figures shared by telecom regulator TRAI. On the other hand, Reliance Jioadded 5.9 million users in the same month, Airtel’s subscriber base grew by roughly 1 million, and BSNL’s by 552,430 users. All other operators lost consumers. Airtel is still the country’s biggest telco with 282.02 million users, followed by Vodafone (207.37 million, 17.53 percent) and Idea Cellular (190.1 million, 16.07 percent). Jio takes the fourth spot with 138.6 million users and BSNL is on fifth position with 105.76 million.

Samsung Galaxy S9 may be previewed at CES 2018
Samsung Galaxy S9 and Galaxy S9+ will reportedly be unveiled at the Consumer Electronics Show (CES) 2018 in Las Vegas, though it will hit the market in March. While the two smartphones are supposed be identical to their predecessors, with 5.8-inch and 6.2-inch curved-edge Super AMOLED ‘Infinity’ display. As for the SoC, the US variants will pack the upcoming Snapdragon 845 chipset, while the global model will have the Exynos 9810 processor, both based on 10nm process. The Galaxy S9+ will feature dual rear cameras and 6GB RAM, while the smaller Galaxy S9 will feature single camera on the back and 4GB of system memory. Facial recognition, fingerprint sensor on the back, 64GB onboard storage, microSD card support and 3.5mm audio jack are also expected to make the cut.

Leica opens first store in India
German camera maker Leica entered the Indian market, opening its first store in New Delhi. Competing with Nikon and Canon, Leica will focus on photographers and artists in metro cities. However, it is not yet clear how many stores it will open in the country. The maker of DSLR, SLR, compact and film cameras and instant cameras will collaborate with designing and photography institutes to create brand awareness.