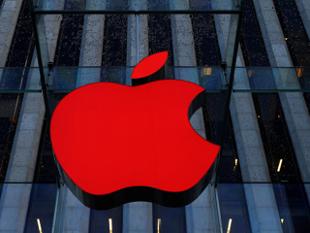 NEW DELHI: The government won’t offer any special concessions to Apple but is reviewing its entire policy on mobile phone manufacturing as part of an effort to promote the ‘Make in India’ initiative, officials said. This could meet some of the demands that Apple has made apart from benefitting other phone makers as well.

Apple had sought the concessions to set up plants in the country. The issue will be examined in depth at a high-level meeting with Apple executives next week. On Apple’s wish list is said to be a 15-year customs duty holiday on the import of iPhone kits, new and used capital equipment, and consumables. Apple’s requests are being considered by three government departments — revenue, industry and information technology.

India needs to support an iconic brand like Apple for the success of the Make in India campaign, officials said. “Our import duty is high,” one of them said. “As long as they are getting into exports, our objective should be to give them lowest duty so as to ensure that their product is competitive. Hence we may even relook at the policy as a whole.” Another official said no decision had been taken but that concessions cannot be given to just one company. “Normally, similar dispensation has to be given to others similarly placed,” he said.

The Make in India programme is aimed at encouraging investment in manufacturing to drive job creation in the country and thereby boost growth and raise incomes to lift people out of poverty.

Apple had earlier sought permission to set up fully owned retail outlets by forgoing the compulsory 30% local sourcing rule on the ground that it was bringing cutting-edge technology to India. The finance ministry didn’t allow the exemption.

Explaining the rationale behind a fresh look at the trade policy, the first official said India cannot be isolated from the rest of the world. “India has to follow same set of principles prevalent elsewhere which has helped players to become global manufacturers,” the official said.

In its application submitted to the Department of Industrial Policy and Promotion under the commerce ministry, Apple has sought full duty exemption on manufacturing and repair inputs (raw materials), yield loss on inputs, components, capital equipment (including parts), and consumables for smartphone manufacturing and services/repair for a period of 15 years for both domestic and export markets. Currently, 12% duty is levied on fully imported phones while 12.5% countervailing duty is charged on the import of mobile phone equipment, discouraging global manufacturers from setting up production bases in India.

Apple is betting big on the India market where it currently holds a market share of just 2% as growth slows in developed markets like the US and China.

Apple’s products are manufactured in six countries — mostly in China but also in South Korea, Japan and the US.

As many as 42 companies make mobile phones in India, including Chinese firms Huawei and Xiaomi. No other company has approached the government for any incentives, people with knowledge of the matter said.

During his visit to the country last year, Apple Chief Executive Officer Tim Cook had said India was the next big market for the company. Prime Minister Narendra Modi had urged Cook to set up factories in India when they met during that trip.