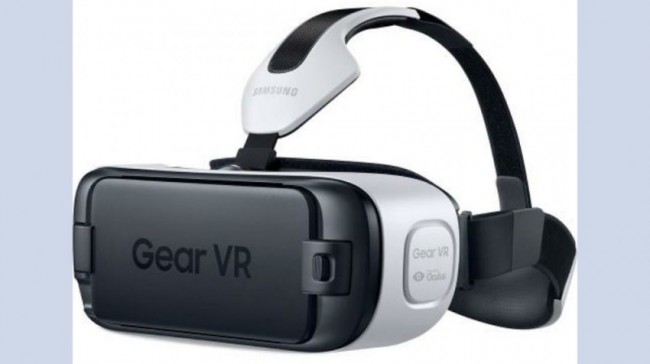 By attaching one of the two mobile devices to the front of the headset, a user can be immersed into a dramatic panoramic virtual reality to experience not just games but also video and images too.

The headset ships on May 8 from Best Buy’s site, as well as Samsung’s online store, and will be available in retail stores on May 15.

Observers are praising the new model as an improvement.

“While the Gear VR didn’t impress us as much as HTC’s Vive virtual reality headset, it’s still an improvement over its predecessor, with a lighter frame and higher amount of pixels per inch (due to the S6’s slightly sharper screen). It’s not exactly a reason to pick up a Galaxy S6 or S6 Edge yet, but that could change over the next year as Samsung adds more VR content.”

“If you are the owner of a Galaxy S6 or S6 edge, however, you are in luck; Samsung today announces a refreshed Gear VR for you, with the “Innovator Edition” moniker.”

“Expanding Oculus virtual reality to the innovative Samsung Galaxy S6 and S6 Edge is a huge step towards helping tech enthusiasts get involved in this new revolution. The beautiful screen really makes VR worlds pop, whether you’re playing a game like a new, full version of Herobound, watching streaming movies in Oculus Cinema, or seeing amazing vistas in high-quality photos and videos that convince your brain into thinking you’re there.”

The new Gear VR for the Galaxy S6 and the S6 Edge is about 15 percent smaller than the Note 4 VR.

Engadget reports Samsung has also redesigned the Gear VR for better overall weight distribution. as well as adding more padding to the rear strap of the device making the headset much more comfortable for the wearer.

One criticism from some who have tested the new device is that it has a smaller field of vision compared the original.