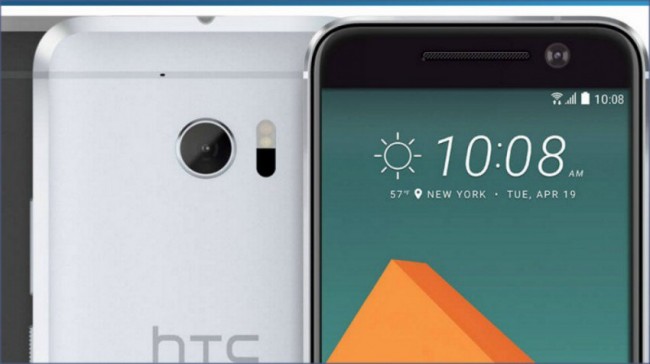 The unveiling of the new HTC 10 phone earlier this week looks to give the company a boost in the highly competitive mobile segment dominated by Samsung and Apple. Under the slogan of the “Power of 10,” the company seems to be saying this is the perfect phone.

The flagship phones of HTC have been coming short, but as the intro for the HTC said in the unveiling April 12, 2016, the changes in the new phone were made after listening to its customers.

If there is one thing HTC always had going for it, it was the design. Whether it was using metal or the curved back, it was ahead of all other manufacturers, including the iPhone, before everyone came around.

The new HTC 10 still has the beautiful design, but with a new chamfered contour and dual-textured finish sculpted from a single metal in the back and a solid slab of glass in the front, nothing else. This solid design has been subjected to 168 hours of extreme temperature tests, ranging from a freezing -20°C (-4°F) to a scorching 60°C (140° F), as well as more than 10,000 drop, scratch and corrosion tests, which will hopefully make cases a thing of the past.

The display is a 5.2-inch next-generation 2K LCD, which the company says is 30 percent more colorful and 50 percent more responsive. The fingerprint security features unlock the phone in just 0.2 seconds.

Once the device is on, HTC Freestyle Layout gets rid of the on-screen grid that greatly limits the way you use your space. With this user interface you can drag, layer, link and even get rid of icons, stickers and widgets anywhere on the screen. You are finally free to really customize the way your phone looks when you turn it on. The camera and audio capability were highlighted during the presentation. According to HTC, the new camera has the world’s first optical image stabilization (OIS) system with larger aperture f/1.8 lenses for the front and back cameras.

The back camera delivers up to 136 percent more light using the HTC new generation UltraPixel sensor, providing 12 million UltraPixels (1.55um per UltraPixel). And when you are ready to shoot a video, you can do so in 4K with the world’s first stereo 24-bit Hi-Res audio recording in a smartphone, again according to HTC.

The new HTC 10 has certified Hi-Res audio capable of capturing 256 times more detail than standard recordings. The earphones have also been optimized to take advantage of this technology. They feature an 8µm thin aerospace-grade polymer diaphragm and 70 percent oversized drivers to deliver sound across twice the frequency range.

Last, but not least, is the battery, which has been improved to keep going for up to two days with normal use. The company says this was achieved with its new PowerBotics system, which enhances hardware and software efficiency, resulting in 30 percent longer battery life. And when you are ready to charge, the quick charger can give you 50 percent in 30 minutes, which is enough for a full day according to the new specs.

Here is a broader overview of the HTC 10:

The new HTC 10 is going to be taking on the Galaxy S7, LG G5 and the iPhone 7 when it starts shipping later this month. At that time, you’ll find the HTC 10 on the top shelf next to the others, carrying a price tag of $699.99.