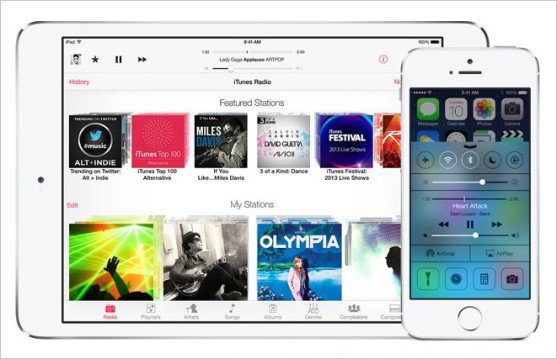 Business users may be waiting to get their hands on the iPhone 5c and iPhone 5s unveiled by Apple in a special announcement Tuesday. But before that, Apple iOS 7, the new operating system on which both new phones run, will be ready for download.

The Apple iOS 7 operating system will be available next week as a free software update for iPhone 4 and later, iPad 2 and later and for the iPad mini.

It will come loaded on all subsequent Apple mobile devices including the two new smartphones set to go on sale Sept. 20.

An official announcement from Apple lists a huge number of features available on the new Apple iOS 7. See a walk through of the operating system for iPhones and tablets in the video below.

But what may be more important for business users is what will be missing.

A so-called “iCloud keychain” originally present in the beta edition of the operating system was expected to allow more integration with the cloud. But that feature was yanked before release of the Gold Master edition of Apple iOS 7 to developers this week, reports MacRumors.

It’s possible the feature is planned for release with OS X Mavericks, the next version of the operating system for the Macintosh computer later this year.

The keychain was intended to allow Apple’s iCloud to remember account names, passwords and credit card numbers and have Apple’s browser Safari insert them at the proper time giving users convenient but secure access to all their accounts while mobile.

The keychain feature suggested more integration with iCloud across all the Apple devices you or your business might be using. And that integration could eventually work seamlessly with Apple’s new TouchID software also introduced at this week’s product and software event.

With the touch of a finger, a small business user or a small group of trusted employees could access your business files and accounts from anywhere with relative security.

There are obvious parallels here with Windows 8.1, which just shipped to hardware developers.

That software provides greater integration with Microsoft’s own SkyDrive cloud storage system and secure sign in from any device including one-click access to virtual private networks.

Of course, devices running Apple iOS 7 should be able to connect to iCloud using instructions found on the Apple website.

But a more convenient integration would be a huge plus for small businesses seeking to access the cloud from multiple devices and searching for an alternative to the Windows environment.