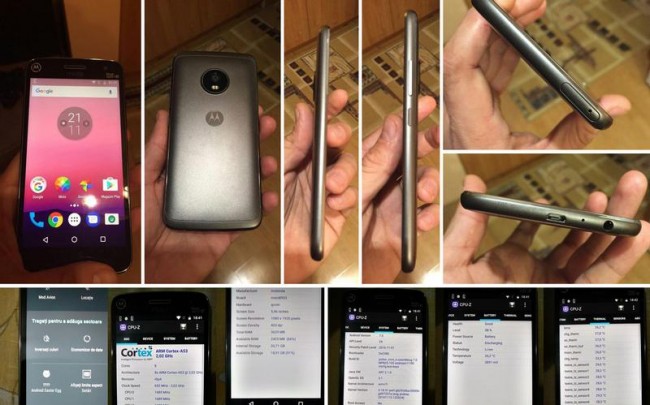 Ah, the Moto G. One of the UK’s best-loved budget phones, and one of PC Advisor’s biggest headaches. Don’t get us wrong, it’s a great budget phone, but until 2016 when new owner Lenovo announced the Moto G4, Moto G4 Play and Moto G4 Plus, Motorola had launched a long string of very similar smartphones all called the Moto G. Trying to keep tabs on which is which is something of a minefield, especially when many of the SKUs remain available online. Also see: Best budget phones 2017

In this article we’ll break down the history of the Moto G, and look to its future: within the next few months we expect to see another brand-new Moto G, the fifth-generation Moto G that will (hopefully, for our sanity) be called the Moto G5.

We were originally unsure as to whether the Moto G5 Plus would also be announced, given that the Moto G5 recently received FCC certification, but the Moto G5 Plus did not. However, the Plus version has now also been FCC-certified (source). This follows on from earlier Moto G5 Plus rumours that alleged a Moto G5 Plus prototype had been sold online, and was already listed in Brazilian store, Bemol.

History of the Moto G

In the space of just over three years we’ve seen a crazy eight phones all called Moto G released. And the story is more than a bit confusing.

It all began back in November 2013 when Motorola announced the first ever Moto G (XT1032), an affordable smartphone with a Snapdragon 400 processor, 1GB of RAM, 8GB or 16GB of storage, a 4.5in HD screen and a 2070mAh battery. This quickly became the company’s best-selling phone, and was followed up in May 2014 with a 4G version (XT1039) with support for microSD cards.

In September 2014 came the second-generation Moto G (XT1068), with a new 5in HD screen, prominent front-facing speakers, dual-SIM functionality and improved cameras, now 8Mp and 2Mp, up from 5Mp and 1.3Mp. Sounds great, but Motorola removed the 4G functionality. This model was updated again in March 2015 with the XT1072 offering full 4G support and a slightly higher-capacity 2,390mAh battery, but at the expense of the dual-SIM functionality.

For the third-generation Moto G (XT1541), announced in July 2015, Motorola bumped up the processor to the Snapdragon 410 (with integrated Adreno 306 GPU), and once again improved the cameras and battery. These were now rated at 13Mp, 5Mp and 2470mAh respectively. It also added IPX7 waterproofing…

…only for it to be taken away in May 2016 with the launch of the fourth-generation and now more aptly named Moto G4 Play, Moto G4 (standard) and Moto G4 Plus, three splashproof budget Androids. Originally just the standard and Plus models were available in the UK, which confusingly are the same size with just a fingerprint scanner (on the Plus), storage and RAM options to separate them. Whereas the standard Moto G4 comes with 2GB of RAM and either 16GB or 32GB of storage, the Plus is available in three versions: 16GB/2GB, 32GB/3GB and 64GB/4GB.

The specification has jumped up significantly for round four, with new Snapdragon 617 processors, Adreno 405 GPUs, 5.5in (and for the first time) full-HD screens, 16GB of storage (or more) as standard, microSD support up to 256GB, fast-charging 3000mAh batteries, and improved cameras rated at 16Mp and 5Mp.

The Moto G4 Play, meanwhile, has a spec much closer to that of the third-generation Moto G released in July 2015, with matching processor, RAM, storage and screen, but second-generation Moto G cameras (8Mp and 5Mp) and it’s only splashproof rather than IPX7-rated. The battery capacity has increased, though, to 2800mAh.

So you can see why we get confused by the Moto G. Now let’s look at what is in store for the Moto G in 2017.

Moto G5 UK release date rumours: When is the Moto G 2017 coming out?

With every new generation of the Moto G the release date edges a couple of months closer to MWC, the biggest mobile tradeshow of the year. In November 2013 we had the first-generation Moto G, followed by the second-gen Moto G in September 2014, the third-gen in July 2015 and the fourth-gen in May 2016. So for the fifth-generation Moto G, perhaps March 2017?