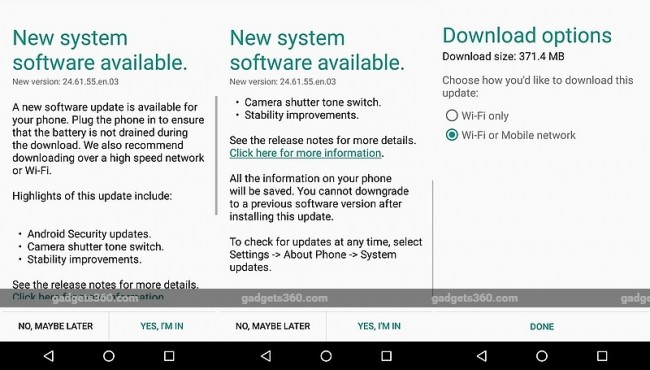 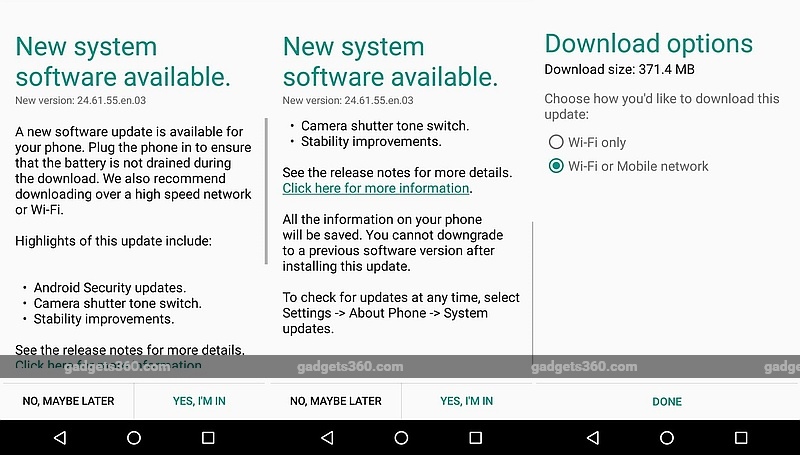 The new update is now available over-the-air (OTA), though Moto G (Gen 3) users can manually check for updates by going to the Settings app of the smartphone, and navigating to About Phone > System Updates. The update v24.61.55 weighs 371.4MB, so we recommend users to switch to Wi-Fi before downloading the OS update.

Apart from the regular Marshmallow features, Motorola will be also pushing some Moto-specific changes that users will see after updating to the new Android OS version. Some changes to Moto enhancements include removal of Moto Assist feature as part of upgrade to Android M. The company explains that the latest OS includes an option for ‘Do Not Disturb’ under the ‘Sound and notification’ settings that performs similar function what Moto Assist does.