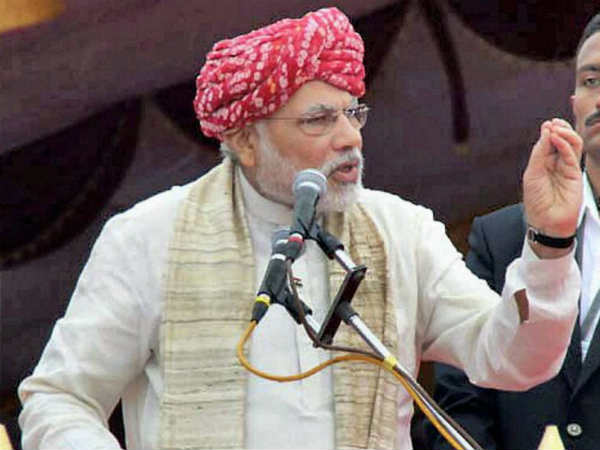 Gandhinagar, June 30: Prime Minister Narendra Modi on Friday said that the textiles sector acts as a bridge between agriculture and industry.

“Textile is such a field which acts as a bridge between the agriculture sector and industry,” Modi said after inaugurating the International Textile Summit in which over 100 countries are participating.

Prime Minister Narendra Modi
Modi said that India has got the most liberal policy for textiles as 100 per cent Foreign Direct Investment is allowed in the sector.

He also said that India has abundant supply of raw materials like jute, wool, cotton and man-made fibre.

“We have got distinct advantage that many countries don’t have,” he said, adding that the country has got young skilled labour available at reasonable cost.

Highlighting that India was the second largest exporter of textiles in the world, the Prime Minister said currently, the domestic apparel and lifestyle products are estimated around $85 billion and is expected to reach $160 billion by 2025.

“Our government has given special attention to the textiles sector. A special textiles package was brought last year to strengthen the apparel sector,” Modi said.

“In the package, the government announced it will bear the cost of provident fund for the new labour employed by the industries,” he said.

He said that earlier, the trade routes got their names from the export and import of textiles.

Many cities got their identity from the kind of textiles they produced, he said.