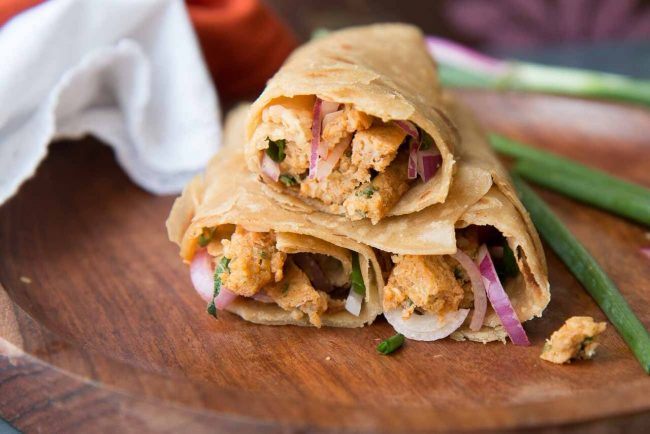 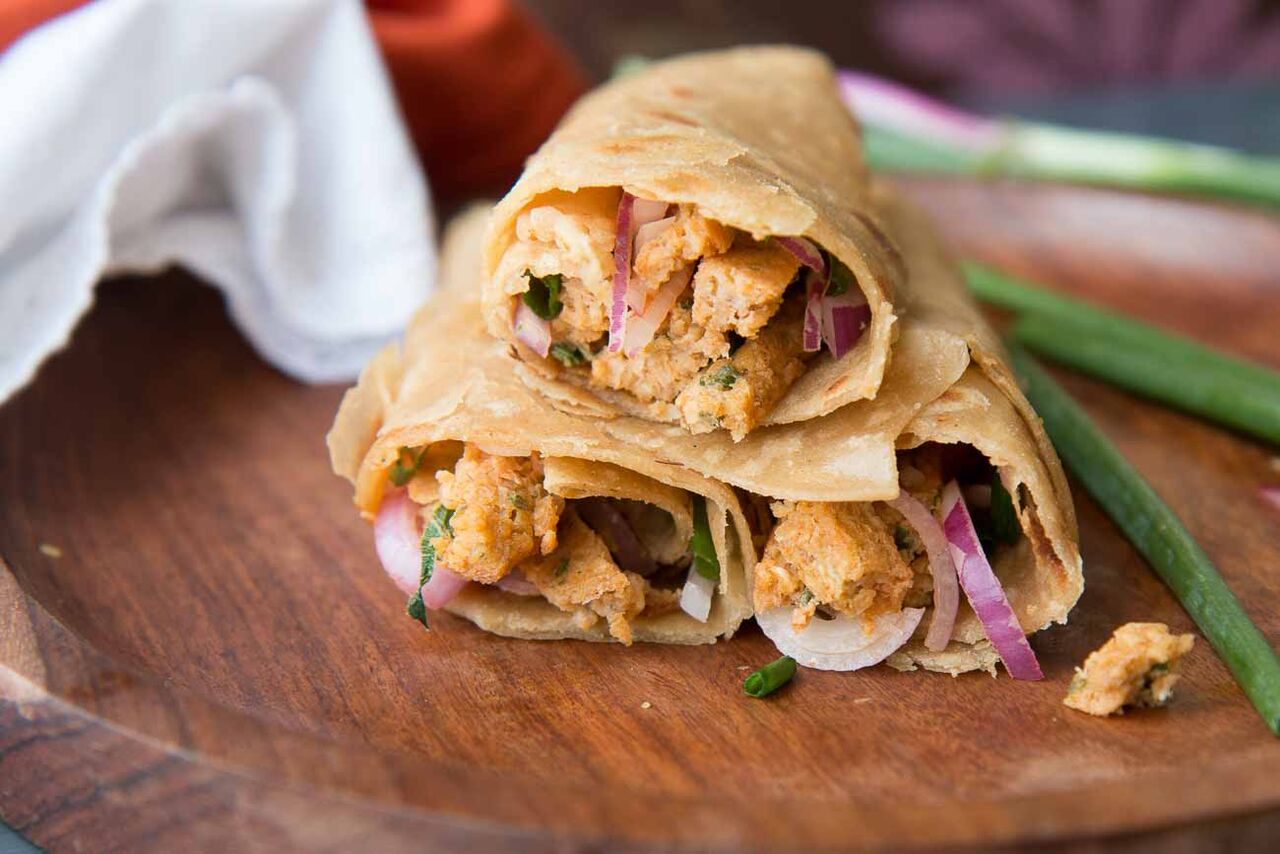 Aren’t kathi rolls and frankies the best thing to have happened to the grab and go generation of ours? Easy-to-eat, loaded and ever-so-delightful, both of these rolls are the perfect pick for those who are in a rush, or are simply lazy but love their meals to be convenient and of course, yummy! Kathis and frankies have ruled desi hearts, much before the advent of burgers in the Indian food scene and continue to be a hit still. Good, greasy and decadent, these rolls could often be confused for one another, but the fact is that frankies and kathis are as different as chalk and cheese. Kathi rolls hail from Bengal, while frankies are more of a Maharashtrian phenomenon. In terms of fillings and the base of the wrap too, there is a slight difference, every foodie must know of. 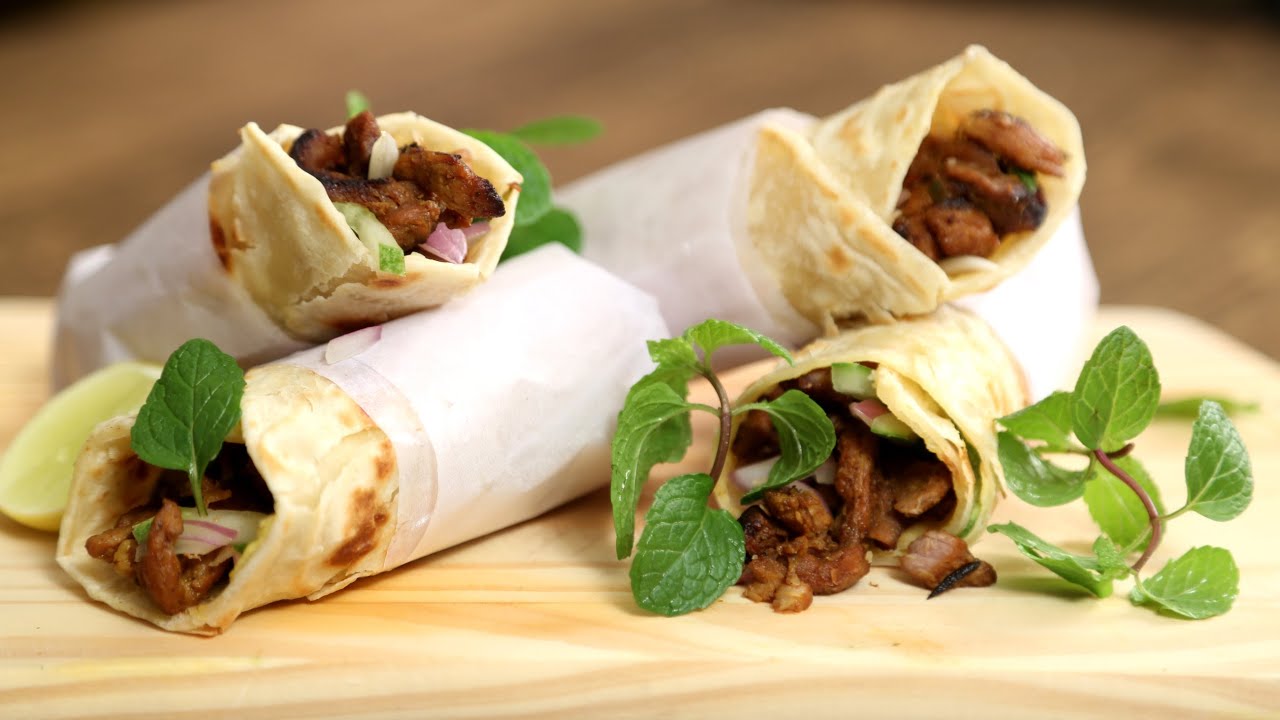 It is said that kathi rolls were born in Nizam restaurant in Kolkata and was a popular snack throughout 1930s. Food writer Kalyan Karmakar in his book, ‘The Travelling Belly’, notes a popular legend behind origins of kathi roll. It is said, the rolls were designed for British babus stationed in Calcutta, to minimalize the use of hands in eating the kebabs. Kebas are portable and easy-to-eat, much like a sandwich. Some say, not just the British, the rolls were the perfect snack for everyone across Calcutta, who would commute long journeys and liked to have a quick snack. Nizam for the longest time was the ultimate kathi roll place, until late ’80s when kathi roll became a commonplace in Kolkata. Through the years, it’s many variations also made way into the city’s landscape.

Restaurateur Chef Sabyasachi Gorai (Chef Saby), tells us about the origins of kathi rolls, “Kathi roll derive its name from the legendary kathi kebab that is supposed to be a principle part of kathi rolls. Bengalis used to use bamboo sticks to skewer delicious kebabs. These bamboo sticks in Bengali are referred to as ‘kathi’, and the roll in which these kebabs were used as filling came to be known as the kathi rolls.” However with time, there came immense variations in the original recipe. “I have seen the transition myself. Kathi kebab is slowly fading away in popularity, yet kathi roll remains one of Kolkata’s favourite snacks, with its meat chunks and assorted veggies. I would say, it was in the late eighties and nineties that the big transition happened. Kathi rolls in areas like Park Street could be credited for the shift or modification in the original recipe. The kathi rolls that we see today, are more saucy. The addition of kasundi (pungent mustard sauce) and chilli sauce in the roll is a very modern addition. If you go to the old haunts like Nizams and Aminia, you would still be served with the original kathi rolls, with kathi kebabs,” adds Chef Saby.

A look around Kolkata’s street would convince you that Kolkata thrives on its kathi rolls. Everything from the meat, to the veggies to the sauces is about balance. Another very important feature of a kathi is its paratha in which the fillings need to be wrapped. It needs to be flaky, crispy yet not over brown and in no way should it overpower the delectable filling. The paratha is cooked on a large tawa, twice. To this paratha, the kebabs are added with “an assortment of raw veggies like browned onions and beetroot. Kasundi and chilli sauces are thrown in next,” notes Chef Saby.

Far in the western part of the country, away from the Bengali frenzy of kathis, frankies seem to rule as the ultimate on-the-go snack for most of Maharashtra. Chef Saby tells us, “As I shifted to Mumbai in the 90s, Bombay frankie was always one of the most loved comfort foods. It would consist of a nice tawa masala of veggies which would then be wrapped in roti or a paratha, typically made with eggs on one side. The roti or paratha were not as flaky or maida-based as the ones used in kathi roll. It was your regular paratha, you would make for yourself at home.”

“Frankie is more juicy and watery, and would typically be wrapped in a plastic bag or foil,” notes Chef Saby. The key difference between kathi rolls and frankie comes about due to the tawa masala. The meat or vegetable cutlet would be wrapped in a pool of roasted masalas. An assortment of veggies and some eclectic chutneys would also find its place in the frankie, Chef Saby notes.

Kolkata kathi roll on the other hand, is slightly drier in nature. And that is how it was designed in the first place. The idea was for the kathi kebabs to shine. Kathi rolls are no less of a spice-fest either. The spicy and succulent kebabs or with the addition of kasundi, sauces and raw veggies, makes Kathi a wholesome joyride.

One can see the difference diminishing now, the terms kathi and frankie are almost used interchangeably. “Both have a maida-based wrap or are filled with veggies,” says Chef Saby, pointing as to how times and local preferences have brought about changes in the original variants. Nowadays, one can see the use of eggs in the flaky paratha of kathi rolls too.

Either way, both kathi rolls and frankie are still one of the most loved street side snacks. If you are a fan of either of the rolls, then don’t shy away from giving a shout-out to your most favourite kathi roll/frankie outlet in your city!