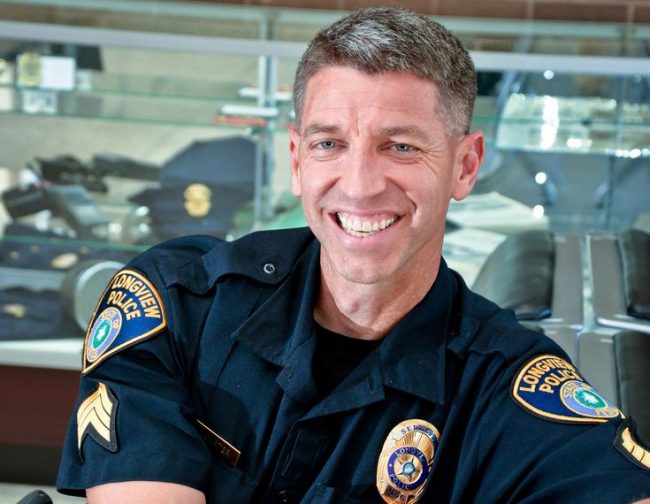 The Longview Police Department has taken steps to improve communication with the community by appointing a new public information officer and moving former PIO Kristie Brian to a newly created role of social media development officer.

“We are hoping to improve our two-way communications between the police department and the community, to help us better provide professional police services to the community,” Bishop said. “We’re starting to receive a whole lot of information through social media for different things through the department, so the position has kind of grown bigger than one person.”

McCarter will be responsible for providing information to the public and to the media.

Brian will cover the social media side of public communication, updating Facebook, Twitter and other sites. Her new position is included in the department’s budget.

McCarter and Brian will work as a two-person team under the newly-formed Office of Community Relations to provide information to residents.

“The chief was just looking for a different direction,” McCarter said. “He was looking to open up more avenues for communication.”

“Kristie’s been really good, I think, about maintaining that open communication as far as what she could,” McCarter said. “But I think without having to stay both with Facebook and dealing with all social media and the media sources, that will allow a little bit more freedom to communicate, because we will have two working on it instead of just one.”

McCarter said the change was made mainly to give the department the ability to communicate more effectively and efficiently.

“I want the citizens to have as many avenues as possible to be able to communicate directly with us,” Bishop said. “And that’s one of the things we are seeing is an increase in that communication through social media, so I think this is going to be a good improvement.”

Bishop said he is a big proponent of community policing, and he thinks the Office of Community Relations will allow the department to better engage with the community and provide timely information.

McCarter said he thinks he can bring years of firsthand experience to the position, which will help him communicate with the media quickly.

“I’ve got 22 years of experience; I’ve spent 15 years in a big department,” McCarter said. “I have the training aspect of training new recruits … and seeing firsthand what the guys are going through. I’ve still got my hands in all of that.”

He said he will work with news sources and media outlets to provide information at the appropriate time, but only if he is ready to give information that will not hinder an investigation.

“There’s not going to be a lot of change as far as what’s given and what’s there,” McCarter said. “Of course, you want to give all the information that you can possibly give, at the same time holding back what we need to hold back in order to further investigate a case.”

Bishop said with two people responsible for communicating with the public, the department will have the ability to do some of the things it never could do with just one person.

“By doing this, by creating the Department of Community Relations, through the PIO and the social media development officer, we can provide accurate timely information to the citizens and media,” Bishop said.