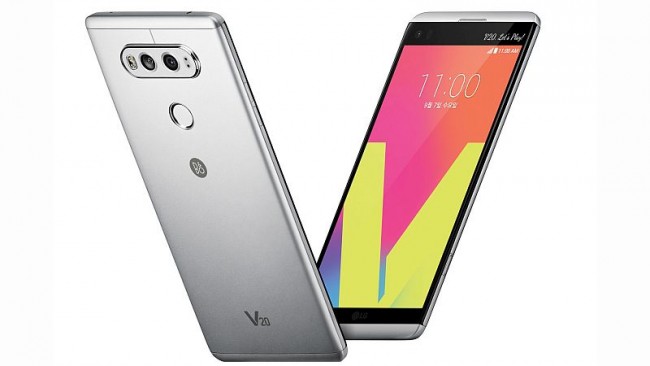 LG V20 to Be Available in India From Thursday at Best Price of Rs. 54,999
HIGHLIGHTS
The smartphone will go on sale from Thursday
The smartphone will launch at a best buy price of Rs. 54,999
LG V20 runs Android 7.0 Nougat out-of-the-box
LG V20 smartphone finally seems to be ready to be launched in India. A Mumbai-based retailer has claimed that the LG V20 will launch at a best buy price of Rs. 54,999, while will carry an MRP of Rs. 60,000. Additionally, the LG V20 will launch with buyback schemes as well as a complimentary Bang & Olufsen headset for early buyers. The LG V20 will be available in offline retail from Thursday, December 1. Gadgets 360 has independently verified this information with another retailer, but there’s no word yet from LG on the official launch of the LG V20.

Gadgets 360 had earlier reported that the LG V20 will launch with a best buy price of Rs. 49,990. We stand by the report that LG had decided upon that price for the V20, with a launch set to happen in early November. But Gadgets 360 understands LG ran into some delays while lining up key partnerships for the launch, and the sharp decline the rupee has seen against in the last 3 weeks is likely to have prompted the rethink in the LG V20 launch price in India.

For the uninitiated, the LG V20 was the first smartphone announced that ships with Android 7.0 Nougat out-of-the-box. It features a 5.7-inch IPS Quantum Display alongside a secondary display, which was also seen on the LG V10.

To recall, the V20 was unveiled in San Francisco in September and the smartphone has been anticipated to launch in India since long. In terms of other specifications, the LG V20 is powered by a quad-core Qualcomm MSM8996 Snapdragon 820, with two cores clocked at 2.15GHz and the other two running at 1.6GHz. It will come with 32GB and 64GB storage options, with a microSD slot to expand it by another 256GB. It is backed by a 3200mAh battery. LG V20 packs in a USB Type-C port and it will be available in Titan, Silver, and Pink colours. The smartphone sports a dual rear camera setup, a 135-degree 8-megapixel lens accompanied by 16-megapixel 75-degree lens while there is a 5-megapixel 120-degree lens on the front as well.

LG V20, apart from Android 7.0 Nougat, comes with the Google In Apps search function which lets users find content from built-in apps including contacts, emails, text messages, and photos, as well as from user-installed apps. It also features the Multi-window mode, that lets you run two apps side-by-side.