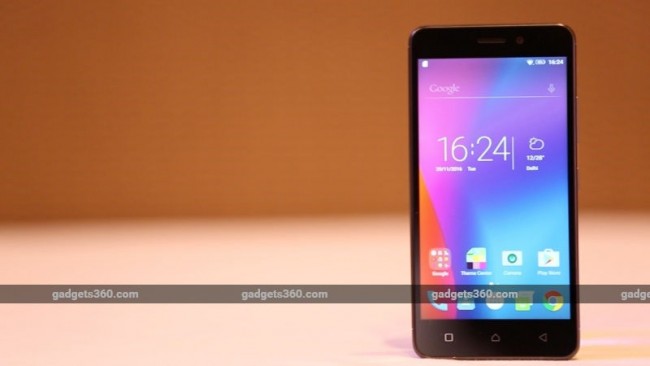 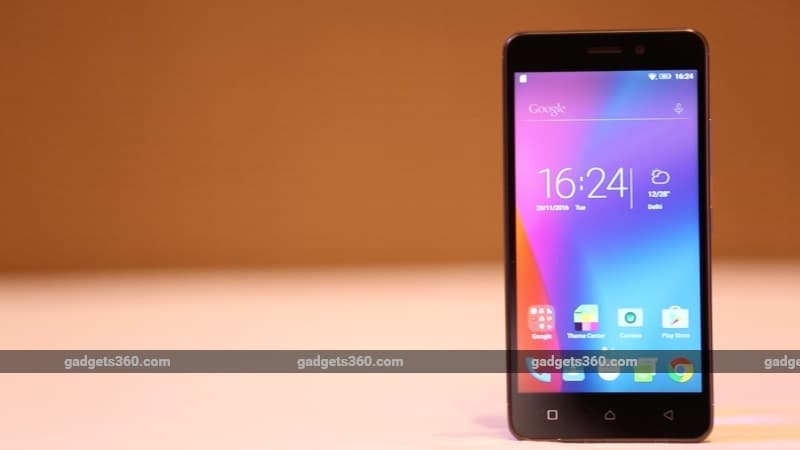 HIGHLIGHTS
The Lenovo K6 Power has been priced at Rs. 9,999
A fingerprint scanner is located on the rear of the device
The phone has a compact design which makes it easy to hold
Lenovo launched its latest smartphone, the Lenovo K6 Power, in India on Tuesday. It has been priced at Rs. 9,999 and will be available in Silver, Gold, and Dark Grey colour variants exclusively through Flipkart.

The Lenovo K6 Power is being pitched by Lenovo as a media consumption device. In order to make sure that your entertainment is not interrupted by running out of power, this phone has a large battery capacity of 4000mAh. We got our hands on the device at its launch event, and here are our first impressions.

Considering that the Lenovo K6 Power has a large battery, the first thing that you will notice about the device is that it is not too bulky. It measures 141.90×70.30×9.30mm and weighs 145 grams. Even though it cannot be called thin by today’s smartphone standards, we found it easy to hold even with one hand. In terms of aesthetics, Lenovo doesn’t seem to have brought anything exceptional to the table but the K6 Power does feel premium for its price range, thanks to its metal body.

lenovo k6 power thickness2 303116 103131 3108 Lenovo K6 Power Thickness
The 5-inch full-HD (1080×1920-pixel) display has a pixel density of 441 ppi. Even though we found the display to be sharp, we couldn’t test it outdoors at the launch event. The front of the smartphone does not feature any physical buttons but there are three capacitive buttons for Home, Back, and Recents. The volume rocker and the power button are conveniently placed on the right of the device and are easily accessible even when it is being used with one hand.

lenovo k6 power fingerprint2 303116 103131 3888 Lenovo K6 Power Fingerprint Scanner
In order to help both professional as well as novice users to use the phone’s camera to its full potential, there are different modes in the camera app. The mode meant for casual users shows tips to help them take better pictures, while the mode for professionals allows them to tweak settings as per their preferences.

Lenovo has implemented a security feature that allows users to lock certain applications with a passcode or fingerprint so that their private data is not accessible to others using the phone. The company claims that the fingerprint scanner is extremely quick and allows users to unlock the device from the standby mode within 0.3 seconds, and also that the false rejection rate is very low. We will test these claims when we conduct our full review of the Lenovo K6 Power.

The device runs on Android 6.0 Marshmallow with the company’s Vibe Pure UI skin on top. It is powered by a 1.4GHz octa-core Qualcomm Snapdragon 430 processor coupled with 3GB of RAM. In our brief time testing the device, we found that there were no lags or performance issues, but as there weren’t many apps to try out on the unit that we used, we will reserve our opinion till our review of the device is complete.

In its price category, Lenovo K6 Power will be competing against the Xiaomi Redmi 3S Prime and Coolpad Note 5, which are available for Rs. 8,999 and Rs. 10,999 respectively. Even though both these smartphones pack slightly larger batteries, the K6 Power has other advantages. While the Redmi 3S Prime has a HD (720×1280-pixel) screen, the Coolpad Note 5 offers full-HD resolution but is more expensive.

The Lenovo K6 Power will be made available through an open sale on Flipkart starting at 12pm IST on December 6. Stay tuned to Gadgets 360 for our complete review.