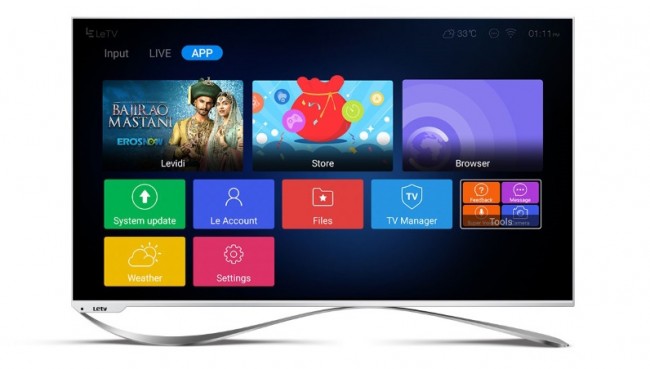 Global Internet and technology conglomerate LeEco on Friday announced the extension of its membership programme from one year to three years for buyers of both its ‘Superphones’ and Super TVs.

LeEco currently bundles one year of LeEco Membership with every handset, starting with the Le 1s in Eco in May. With the launch of its Super TVs, LeEco offered two years of membership.

Superphone users can now extend their membership to three years with the purchase of a Super TV.

LeEco at the beginning of August launched its Super3 series of televisions in India. Three models of the series are being made available in the country, the 55-inch Super3 X55, the 65-inch Super3 X65, and the 65-inch flagship model – the Super3 Max65. All three offer 4K Ultra HD (3840×2160) resolutions, while only the flagship model supports FPR 3D and comes with bundled glasses.

The LeEco televisions launched in India come preloaded with the company’s own content-viewing apps, such as Le Vidi, Le Live, LeView along with other tailor-made apps like Panosearch. LeEco says this will users access to roughly 2,000 films from Hollywood and Bollywood, more than 100 satellite TV channels, 3.5 million songs (which will come soon via software upgrade), and more than 50 live concerts.