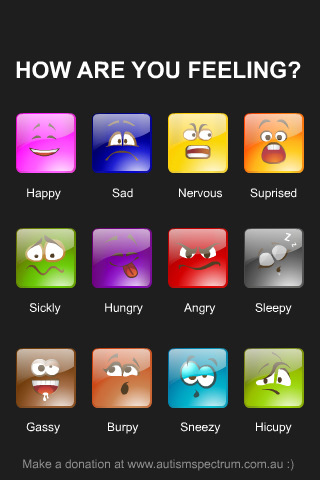 Noa Spanier, 14, will be a freshman at Lower Merion High School in the fall. She’s a dancer and a painter, and she plays the viola. But Noa also grapples with anxiety and occasional panic related to her celiac disease.

In addition to taking medication and seeking therapy, Noa uses a meditation app, Calm, to help her achieve mental equilibrium.

“Sometimes it feels like this weight pressing down on my stomach, and I feel kind of panicky,” Noa said. Using the Calm app gives her a “way to escape from reality” and just be in her mind “and relax,” she added.

Anxiety and depression are pervasive among youth, with more than 25 percent of 13- to 18-year-olds suffering from some form of anxiety disorder, the National Institute of Mental Health reports.

At the same time, a quarter of adolescents say they go online “almost constantly,” especially on smartphones, according to the Pew Research Center. So when it comes to mental-health care, meeting teens where they are, which is on their phones, makes sense, some clinicians say.

“The reality is that we are in a world where tech is at the forefront, so using apps for mental-health purposes is certainly a viable option,” said Matthew Wintersteen, associate professor of psychiatry at the Sidney Kimmel Medical College at Thomas Jefferson University. “I would equate it to a modern version of self-help books.”

Katherine Dahlsgaard, lead psychologist at the Anxiety Behaviors Clinic at Children’s Hospital of Philadelphia, agrees that apps can be an effective tool for treating anxiety and depression.

“Not only do I see more and more kids using apps for these issues, but I find that I and my colleagues are recommending them more and more because it’s a way to enhance therapy, using techniques that are meaningful to young people,” Dahlsgaard said.

Therapeutic apps can be a “real force for behavioral change,” Dahlsgaard said. “I think that, first off, they meet a young person where that young person is, which is the cornerstone of all good therapeutic change. Secondly, apps can really help enhance and extend the good therapy that they’re already receiving.”

For instance, some apps allow users to track their moods, which can be an important tool for a teen waiting for a therapy appointment. Apps can also offer feedback and help with monitoring goals an adolescent has established with a therapist, Dahlsgaard said.

But relying solely on apps to determine a child’s overall well-being and mental health would be unwise, said Arshya Vahabzadeh, a psychiatry instructor at Harvard Medical School.

“In the long term, digital interventions for mental health are definitely a player in mental-health care in the future,” Vahabzadeh said. “But we have to be cautious and ask for evidence because the consequences of not doing so can be terrible.”

Dahlsgaard recommends parents use the Anxiety and Depression Association of America’s website to find apps that are not only easy to use but are also backed up by some level of research. For instance, the ADAA gives the iCBT app a 4 out of 5 rating for ease of use and effectiveness. The app is based on cognitive behavioral therapy, which helps people identify negative thoughts and distortions.

Some of the apps popular on the mass market, such as Calm, the one Spanier likes, and Headspace, bill themselves as “meditation made simple” and are based on mindfulness techniques — a practice more and more schools are adopting as part of their curriculums.

“Social media is really stressing out young people,” said Whil founder and CEO Joe Burton. “Focusing on the pretend greatest hits of our pretend lives creates a lot of social pressure about being good enough.” Whil’s product — which 85 percent of users access on their phones — gives people a chance to “unplug when you’re plugged in.”

Noa Spanier’s mother, Jackie Faiman, says she views mental-health apps as tools that are only as effective as the child’s willingness to use them frequently.

“It’s like anything else, like brushing your teeth or practicing scales on the piano,” Faiman said. “The relaxation response has to be practiced on a daily basis. It has to become a habit.”

Apps for the deepest despair?

As youth suicide rates are soaring – with the Centers for Disease Control and Prevention reporting that suicide was the third leading cause of death among children aged 10 to 14 in 2015 – apps aimed at helping detect suicidal ideation and preventing self-harm among children have also been hitting the market.

Matthew Wintersteen, associate professor of psychiatry at the Sidney Kimmel Medical College at Thomas Jefferson University and others in the field of suicide prevention worry that people may use apps for purposes they were not intended, that apps may fail to detect suicidal ideation, and that many apps on the market were not developed by clinicians and/or have not been scientifically proven as being effective.

At the same time, Wintersteen said that some suicide prevention apps, such as MY3, can be useful for reminding people about the details of the safety plans, which list coping strategies and resources, they developed with professional help.

“You want to have your safety plan with you at all times because you never know when you are suddenly going to get into a suicidal crisis,” Wintersteen said. “What do teenagers have with them at all time? They have their phones.”

Another app, Bark, combs through children’s social media activity across 20 platforms, as well as emails and texts – using advanced machine learning to detect signs of cyberbullying, sexting, drug use and/or depression, according to Atlanta-based CEO Brian Bason.

If Bark finds that a child is using the text slang “KMS” or KYS,” which translate to “kill myself” and “kill yourself,” or if a child were posting comments such as, “I can’t do this anymore,” parents would receive an alert with the surrounding contextual messages, said Bark chief technology officer Brandon Hilkert of West Chester.

But most suicide prevention apps lack scientific proof that they work. To address this problem, two clinician-researchers from the Department of Psychiatry at Boston Children’s Hospital are launching a study of an app they have developed for teens and parents called Crisis Care.

What makes Crisis Care unique is not just that it is being tested but also that it has synchronized modes for parents and teens.  The parent mode extends information and resources to help adults assist suicidal teens, while the teen mode offers coping strategies based on cognitive behavioral techniques. Both modes connect users to emergency resources.

When an adolescent who has been suicidal is leaving  a hospital or inpatient treatment center, the Crisis Care app consolidates information that patient is given to use in the interim between discharge and the first outpatient appointment – which sometimes can be weeks away. Crisis Care is meant to help bridge this gap.