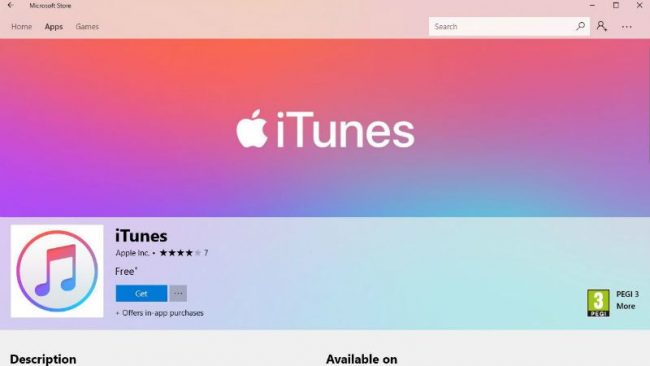 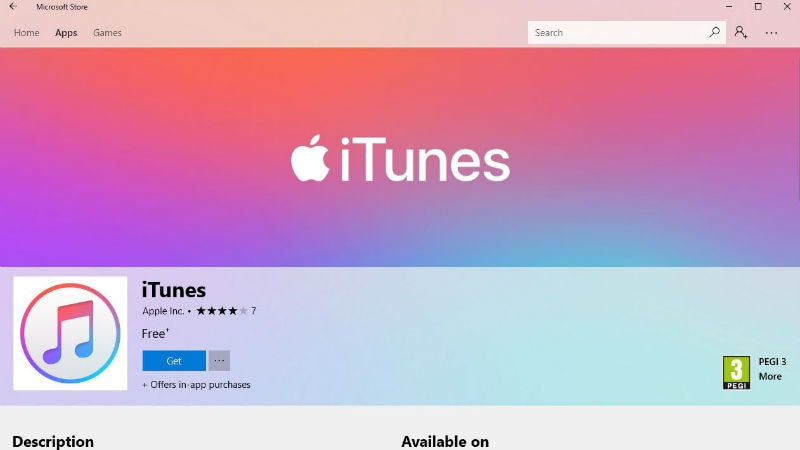 The iTunes app on the Microsoft Store is similar to the regular iTunes, but now installation updates will be handled through the Microsoft Store updater rather than through Apple. Notably, the app will only run on Windows 10 PCs with either x86 or x64 architectures. The arrival of iTunes also ensures the software’s compatibility with Windows 10 S mode, a more secure version meant for schools and other establishments that runs apps downloaded only from the Windows Store. With the advent of the new education-focused Windows 10 S, developers are being encouraged to flock to the Windows Store to make their apps accessible there.

The app description on the Windows Store reads as, “iTunes is the easiest way to enjoy your favourite music, movies, TV shows, and more on your PC. iTunes is also home to Apple Music, where you can listen to millions of songs and your entire music library, online or off – all ad-free. Also, get new music first, radio in every music genre, handpicked playlists, and Beats 1 live or on demand.”

It is worth noting that installation of the latest version of iTunes will automatically replace the version you might have been using on your PC. It is better to back up your data before installing the update. Also, you will have to install the app on your internal hard drive, in case you were wondering whether you could install it on an external disk. Users need at least 476.7MB of disk space to install the new version of iTunes from the Microsoft Store.