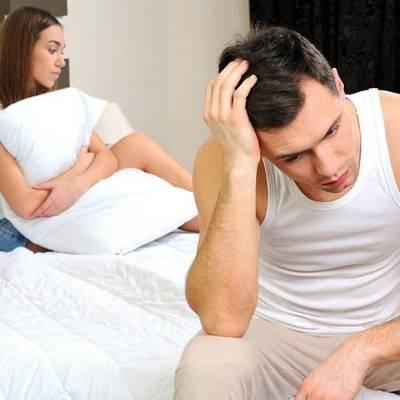 Mumbai resident Janhavi climbed several rungs of the corporate ladder before deciding to have a baby three years back. Months however turned into years as Janhavi, now 38, spent lakhs of rupees at various infertility clinics to get pregnant. “I have tried as many gharelu nuskas (home remedies) as tests looking for genetic abnormalities and ovarian antibodies, but without success,” she says.

Janhavi isn’t the only one. Infertility experts say a growing number of career women come to them in their late thirties and forties wanting a baby . “Women now get married at a later age. They are well qualified and have economic as well as career compulsions that lead them to delay childbearing,” says infertility specialist Dr Aniruddha Malpani. And, while it is not uncommon to hear about women having their first baby at 35, a percentage of them have problems conceiving. “With increasing age, the quality of eggs decreases and so do the chances of pregnancy,” says specialist Dr Hrishikesh Pai. The typical corporate lifestyle -with both wife and husband busy with work-related tours – affects quality time that a couple spends with each other. Couples don’t get an opportunity to try at the most fertile period of the month, say doctors.

It is estimated that infertility affects 10 to 14% of the Indian population. “The figure has more or less been steady, with the main addition being the group of career women who try for a baby later than women in previous generations did,” says Dr Duru Shah, president of ISAR (Indian Society for Assisted Reproduction). ISAR secretary-general Dr Ameet Patki fears the numbers could be higher in India’s urban addresses: one in every five to six couples could have some fertility – related problem.

Medical science has advanced so much that men with poor sperm count can now father a baby, but experts blame unhealthy lifestyle choices -smoking, alcohol and recreational drugs – among Indians for the queues at infertility clinics. Age is just one of the culprits, as Dr Shah puts it. “Smoking is one of the worst as it reduces the quality of eggs,” he says, adding that surveys have shown that more women smoke than before.

Incidentally, the reason female infertility is more talked about is because it is more common, say doctors. Male infertility is responsible for 40% of the infertility cases. And, like with women, male fertility too is affected by lifestyle and environmental factors. “Men take supplements for body building which is known to reduce the sperm count,” says Dr Patki. Thanks to environmental pollution caused by plastics, there are also chemicals that can interfere with the endocrine (or hormonal) system; many studies have linked these endocrine disruptors to male children suffering from undescended testes or hypospadia (a congenital condition in males in which the opening of the urethra is on the underside of the penis).

“Many couples we counselled confessed that they were into recreational drugs and didn’t realise that taking these would affect their fertility,'” says Dr Patki. The urban phenomenon of processed food, too, contributes to infertility as it lacks folic acid.

“Obesity and polycystic ovarian (PCOD) also lead to infertility,” says Dr Pai who has clinics in both Mumbai and Delhi. Studies have shown that PCOD is more common in north India than in the south. “In some north Indian cities, where I have clinics, I found that every second patient has PCOD,” says Dr Pai. “Some overweight women undergo bariatric surgery in order to get pregnant,'” he adds. While urban India has lifestyle to blame for infertility, infection is still the big causative factor in rural India. “In rural areas, women undergo abortion or even delivery at unhygienic centres that could cause infection in the fallopian tubes, leading to infertility,” says Dr Shah. Tuberculosis is another major reason for fallopian tube-related complications.

Dr Malpani, however, offers a different view. “Victim blaming is a big issue across India. People tell women that they are unable to conceive because they don’t eat healthy or work too much. It is unfortunate that women feel stressed and inadequate due to the inability to have babies,” he says. “I have had women crying and asking if they are too fat or if the anti-acne medicine they used previously is responsible for infertility.”