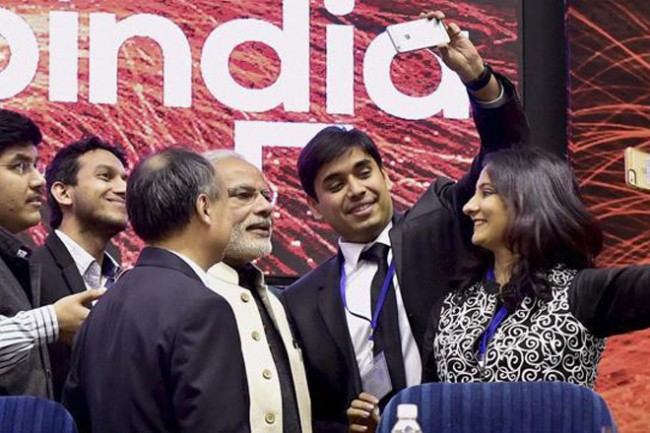 Mumbai: After pumping billions of dollars into Indian Internet start-ups in the last 24 months, global investors are cutting that flood back to a trickle as dreams of huge online sales are clouded by soaring valuations and still-distant profits.

Even as Prime Minister Narendra Modi lines up a four-year, $1.5 billion government fund to help start-ups create jobs, entrepreneurs fear that may prove a drop in the ocean. Venture capitalists have already tightened purse strings as ripples from China’s economic slowdown lap around the world.

According to a new report by CB Insights and KPMG, venture capital investments in India’s start-ups nearly halved to $1.5 billion in fourth-quarter 2015 from July-September. Faltering start-ups could mean India missing out on huge potential: Bank of America Merrill Lynch has forecast Indian e-commerce will surge to $220 billion by 2025 from about $11 billion last year.

“While the first phase of funding was about investing in big markets…now investors want to look at how entrepreneurs manage their business and compete while investing,” said Niren Shah, India head of Norwest Venture Partners, said.

Modi’s plan for newly launched companies includes tax breaks on their first three years of profits, as well as their investors.

But most of India’s tech startups make losses, not profits. They follow a discount-driven business model aimed at generating revenue from customers that buy and sell goods and services, touting growth in ‘gross merchandise value’ on their platforms as a metric to attract funding.

Two of the country’s best known e-commerce retailers—Flipkart and Snapdeal—have attracted big-name backers like Accel Partners, Singapore state investor Temasek Holdings and Japan’s SoftBank Group Corp., enthused by growth potential in a country where only 252 million of a population of 1.3 billion people have Internet access.

Yet the pair have notched up huge losses as they compete for increasing sales through deep discounts, according to banking and industry sources. Flipkart and Snapdeal did not immediately respond to Reuters’ emails seeking comment.

“In the last few years, people were looking at gross merchandise value (when considering investment),” said Radhika Aggarwal, co-founder and chief business officer of online marketplace Shopclues.com. “I think that changed very quickly in the second half of last year.”

Shopclues.com raised funds last week from investors including Singapore sovereign wealth fund GIC and Tiger Global that valued the firm at more than $1.1 billion—helped by detailing plans to hit profitability by the first half of next year, Aggarwal said.

In early warning signs for the country’s start-up industry, firms from food delivery companies TinyOwl and Foodpanda to SoftBank-backed property firm Housing.com have either cut jobs or shrunk their services. At TinyOwl, last November around 20 employees even held their boss hostage for two days after it announced job cuts.

“We are in the middle of this funding winter and global issues such as a slowdown in China could likely have a bigger impact this year,” said Vijay Shekhar Sharma, founder of mobile wallet Paytm, backed by Alibaba Group Holding Ltd.