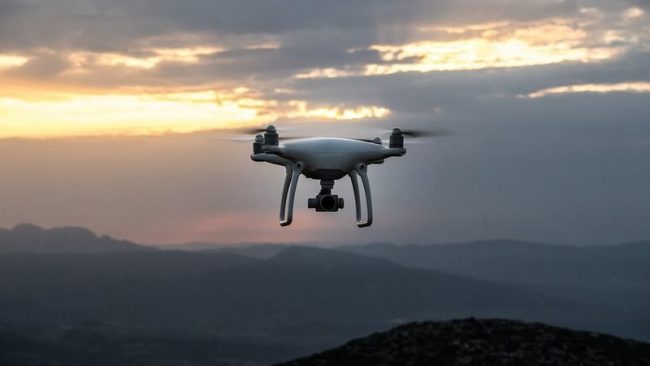 The government on Monday announced a policy and guidelines for remotely piloted aircraft, or drones, which will come into effect from December 1 and aim to open up an array of opportunities in the Indian civil aviation sector.

Unveiling the “Drone Regulations 1.0” here, Civil Aviation Minister Suresh Prabhu said that these would help foster technology and innovation in the development of drones – which have an extensive range of applications ranging from disaster relief, aerial surveys and in agriculture to precision logistics.

“The drone market in India holds the potential of hitting over $1 trillion (roughly Rs. 70 lakh crores). We plan to develop drone manufacture not only for the domestic market but to cater to the gobal market as well,” Prabhu said, adding that India’s expertise in technology is characterised by its capacity to devise low-cost solutions.

The Minister said that the global drone regulations unveiled had taken several years in the making in order to sort out various issues of safety and security.

Minister of State for Civil Aviation Jayant Sinha said that Drone Regulations 1.0 have been formulated as an “all digital process” that will become effective from December 1, when the “Digital Sky” platform will become operative to put in place a system that is totally online.

“The Digital Sky platform will be a first national unmanned traffic management platform that implements ‘no permission, no takeoff’ for remotely piloted aircraft,” Sinha said.

Users will be required to make one-time registration of their drones, pilots and owners on the platform, which will also allow for online filing of a drone’s specific flight path and use.

“The Drone Regulations 1.0 will enable the safe, commercial usage of drones starting December 1. The regulations are intended to enable visual line-of-sight, daytime-only and a maximum of 400-feet altitude operations,” Sinha said.

The regulations list various categories of drones and all of these except the “nano” type weighing less than 250 gm and those owned by government and intelligence agencies are to be registered and issued with a Unique Identification Number (UIN).

As per the regulations, “for flying in controlled airspace, filing of flight plan and obtaining Air Defence Clearance/Flight Information Centre number shall be necessary.”

These define the “no-drone zones” around airports, near international borders, Vijay Chowk in Delhi, state Secretariat complexes in state capitals, strategic locations and vital military installations, among others.

The FAQs released by the Ministry specify that delivery of items using drones is “not allowed as of now.” Government agencies, however, can use drones for making deliveries, Sinha said.

Minimum manufacturing standards and training requirements of drone pilots have also been specified in the regulations.

Sinha also said that a Drone Task Force, chaired by him, is working on policy regulations for the future which will allow for flying automated drones that operate beyond the line of sight.

“This is a major development that will open opportunities for our aviation sector and for India’s start-up industry. We are likely to go from travelling in auto-rickshaws to air-rickshaws with the coming of passenger drones,” he said.