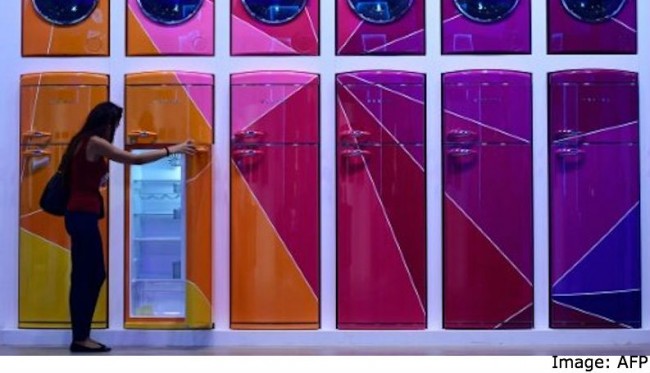 Some tech giants are also seeking to define what they believe will be the next gizmos and digital must-haves to drive the industry.

The future of TV is…
Oval. Or any shape, says Sharp, which showed off what it called the “future of TV displays” using its new IGZO technology, during previews before the public opening.

IGZO is the acronym for indium, gallium, zinc and oxygen, and Sharp says the technology has allowed it to build TVs that are frameless, have outstanding image quality and consume little power.

But what’s wrong with a rectangular frame? Do we really need oval or odd-shaped televisions?

Yes, says Sharp, explaining that the beauty of such screens is that they can be integrated anywhere — in a car, in the kitchen or in the bathroom mirror.

The company plans to introduce TVs with IGZO displays to Europe within the next two years.

The world through 3D glasses
The 3D experience first began in cinemas, but virtual reality is increasingly entering homes with video-gamers jumping in.

Unveiling a new VR headset in Berlin, Acer chief executive Jason Chen said the lines are blurring between movies and video games, and converging to a more dynamic, immersive form of storytelling, with VR to feature prominently.

South Korean giant Samsung also did not miss a chance to tout its Gear VR headset when it presented its latest smartwatch on Wednesday, as it offered a tour in the Russian mountains with the reality-altering glasses.

Experts believe that VR offers many untapped opportunities — tour agencies can give customers a glimpse of their upcoming holidays, spectators can enjoy the live concert experience or football game from the comfort of their homes, and even news can be viewed in 3D format.

“The list of possibilities is growing each day,” said Hans-Joachim Kamp, who heads the German federation for electronics companies, gFu.

Tick tock, emails
They began life as mostly square or rectangular blocks on wrists. But the latest generation of smartwatches have had their edges smoothed out, and are now mostly round-faced as their makers seek to broaden their reach to the wider public.

Samsung’s latest Gear S3 and ZenWatch 3 by Asus unveiled at IFA are both cases in point.

“We believe that the smartwatch market will double in two years, but to really popularise these intelligent watches, one needs to break into the world of watches,” said Guillaume Berlemont, marketing director of mobile products at Samsung France.

Gartner estimates that sales of smartwatches will reach 67 million units in 2017, compared to 30 million in 2015.

When the hob talks to the hood
From the coffee maker, which can be told to make one’s favourite blend from a distance to the dishwasher that picks the best programme, electronics giants Siemens and Bosch believe these smart appliances should feature in every kitchen.

There’s also a ventilation hood that turns itself up when the cooking gets intense and a fridge that can take a selfie so users know exactly what’s missing while dashing around the supermarket.