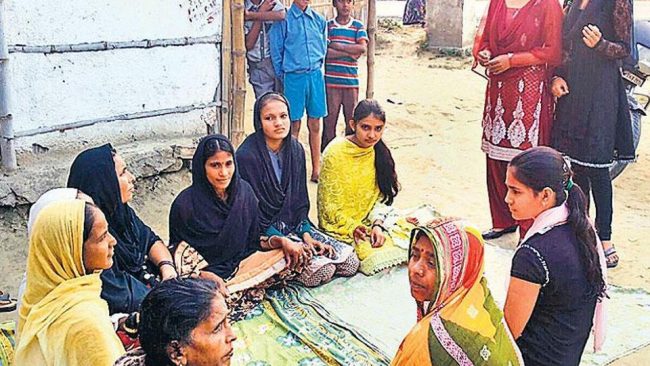 Saas-bahu sammelans, to facilitate better communication between mothers-in-law and daughters-in-law to bridge the gap in their attitudes and beliefs about reproductive and sexual health, is also part of the plan.(HT FILE PHOTO)

The government is planning to rope in regional stars to push its family planning programme in states and districts where the average family size is bigger than the national norm.

Local radio spots with messages from local actors would be promoted to create necessary awareness, as part of health ministry’s ‘Mission Parivar Vikas’ to control Total Fertility Rate (TFR) — the number of children a woman produces during her reproductive age.

Data analysis from across the country found 146 districts in seven states with a TFR as high as 3 and above. The national average is 2.3, and for population to stabilise, the ideal rate is said to be 2.1.

“We did a micro analysis at the district level of the reasons behind our family planning programmes not showing desired results in these districts,” said CK Mishra, health secretary, adding that they have designed a plan keeping in mind their specific needs that includes roping in local stars, among other things.

The district action plan, shared with state governments, talks about organising saas-bahu sammelans, to facilitate better communication between mothers-in-law and daughters-in-law to bridge the gap in their attitudes and beliefs about reproductive and sexual health.

A family planning kit will also be given to newly-weds to improve inter-spousal communication and consensual decision-making with regard to their reproductive and sexual health as well as about delaying the birth of the first child and spacing the second.

The seven high TFR states — UP, Bihar, MP, Rajasthan, Jharkhand, Chhattisgarh and Assam, together also contribute to 28% of India’s population. And about 25-30% of maternal deaths and 50% of infant deaths in the country are also reported from these states.

“TFR has a direct correlation with maternal mortality rate and infant mortality rate. The greater the TFR, the more will be MMR and IMR,” said Vandana Gurnani, joint secretary, health ministry.
[“Source-ndtv”]