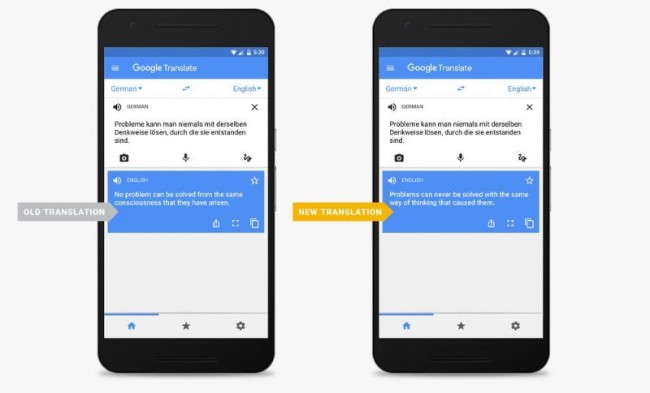 Neural Machine Translation essentially allows Google’s translation tool to take entire sentences into consideration instead of just translating one word at a time. “It uses this broader context to help it figure out the most relevant translation, which it then rearranges and adjusts to be more like a human speaking with proper grammar,” the company said in its blog post.

“With this update, Google Translate is improving more in a single leap than we’ve seen in the last ten years combined,” the company said.

Further, the company’s cloud public cloud service, Google Cloud Platform, has made the system behind Neural Machine Translation available for all businesses through its Google Cloud Translation API.