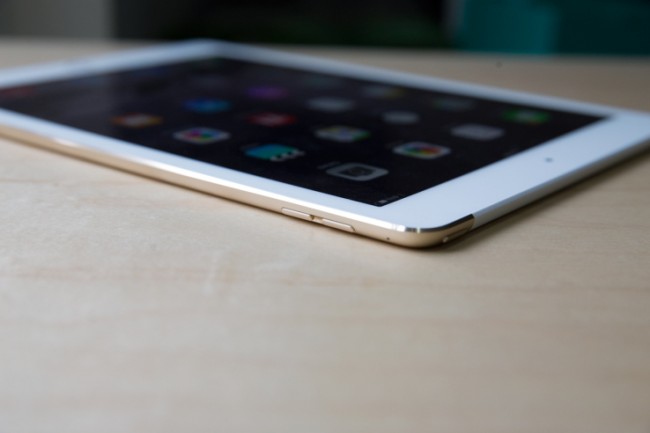 Rumor has it that Apple is about to introduce a successor to the iPad Air 2 at next week’s press conference. According to 9to5mac’s Mark Gurman, the device could move away from the $499 entry-level price. Next week’s 9.7-inch iPad could start at $599 with 32GB of storage.

There are a few reasons why Apple would make a more expensive iPad. First, according to Gurman’s earlier rumors, Apple isn’t releasing an iPad Air 3. The new 9.7-inch iPad should be considered as a smaller iPad Pro. The device should be much faster than its predecessor and support iPad Pro accessories.

So you can expect the Apple Pencil to work with the new iPad, as well as keyboards taking advantage of the smart connector, such as Apple’s own Smart Keyboard. It’s unclear how Apple is going to name the device.

When Apple announced the iPad Pro, the company didn’t update the iPad Air. The iPad Air 2 was released in October 2014 and could use a specs bump, especially now that Apple has enabled multitasking and split view. And you may remember that the $499 iPad Air 2 only comes with 16GB.

With this year’s new iPad, Apple is going to switch to 32GB, mitigating a bit the price bump. There will be more expensive options with LTE and 128GB of storage. The company will also likely keep the old iPad Air 2. It’s unclear whether the Air 2 is going to get a price cut.

So there you have it, the latest news from the rumor front. While Gurman is usually right, we’ll still have to wait until Monday to see what Apple really has in store.

And yet, it’s a bit intriguing that Apple is choosing to raise the price on the mainstream iPad. In the most recent quarter, iPad sales were down 25 percent year-over-year. Arguably, Apple didn’t update the iPad Air, which could have hurt the sales numbers. But it’s been an ongoing trend for a couple of years now.

Apple is trying to turn the iPad into its own category with its own ecosystem. Instead of thinking of the iPad as “a bigger iPhone” running more or less the same version of iOS, Apple has been differentiating the iPad, and the iPhone with iOS 9 and the iPad Pro and its accessories.

Now, the iPad is a more capable device, and Apple wants to capitalize on these differences. The only remaining question is whether there is a market for this kind of devices. With the iPad Pro, Apple has made a clear statement — the iPad could be the future of computers. The company is willing to try new things and give this a real shot to see if people are on board with this vision.