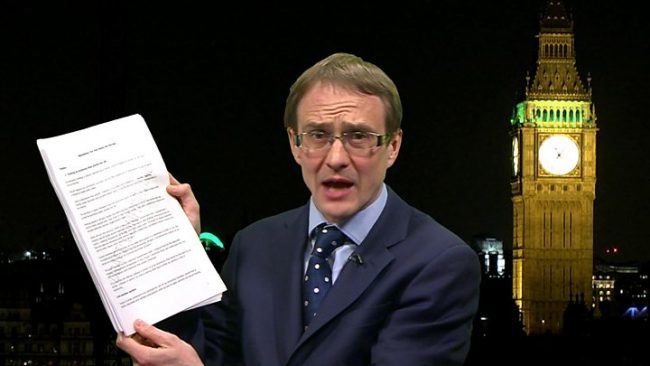 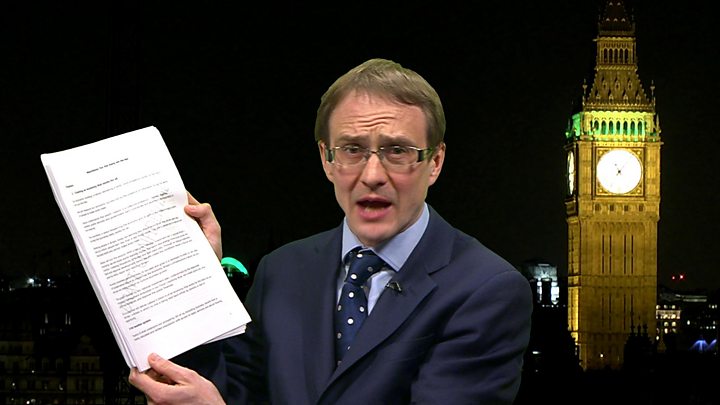 A draft of Labour’s general election manifesto has been leaked, including plans to nationalise parts of the energy industry and scrap tuition fees.

The BBC has seen a copy of the document, which is due to be formally signed off on Thursday.

It contains policies on nationalising railways and renewing the Trident weapons system and suggests Labour will not leave the EU without a deal.

Labour would not comment on the leak but the Tories called it “a shambles”.

According to the draft, Labour would:

On energy, Labour would have at least one publicly-owned supplier in every region of the country, with the government controlling the transmission and distribution grids.

First it would introduce an “immediate emergency price cap” of £1,000 a year.

The manifesto still has to be approved by around 80 Labour figures, including the shadow cabinet and the party’s National Executive Committee.

The final version will form the foundation of Labour’s pitch to voters on the 8 June general election.

A spokesman for Labour leader Jeremy Corbyn said: “We do not comment on leaks. We will announce our policies in our manifesto, which is our plan to transform Britain for the many, not the few.”

The draft document is seen by some senior Labour figures as the most left-wing manifesto since the party was led by Michael Foot in 1983.

It certainly appears to be the most detailed in a generation with a 20-point plan for workers’ rights alone.

But opponents and sceptical voters will await further detail behind the assertion that everything has been costed.

Privately, many Labour MPs believe Jeremy Corbyn will get the manifesto he wants but in return he must take full responsibility if voters find it less appealing than he does .

Many of the policies have been previously announced by Labour or were proposed by Mr Corbyn during his successful leadership campaign.

These include banning fracking, and the draft manifesto also says nuclear power would continue to be supported.

On welfare, Labour says it would scrap benefit sanctions and the so-called “bedroom tax” and restore housing benefit for people aged under 21.

The triple lock protecting the state pension would be maintained, and the retirement age would not increase beyond 66.

The draft was initially leaked to the Mirror and the Daily Telegraph.

A Conservative spokesman said: “This is a total shambles. Jeremy Corbyn’s plans to unleash chaos on Britain have been revealed.

“The commitments in this dossier will rack up tens of billions of extra borrowing for our families and will put Brexit negotiations at risk.”

In other general election news, the Conservatives are pledging to continue meeting the Nato target of spending 2% of GDP on defence.

Prime Minister Theresa May said she was also extending by two years a pledge to increase the defence budget by at least 0.5% above inflation annually.

Labour is also promising to meet the 2% Nato pledge.