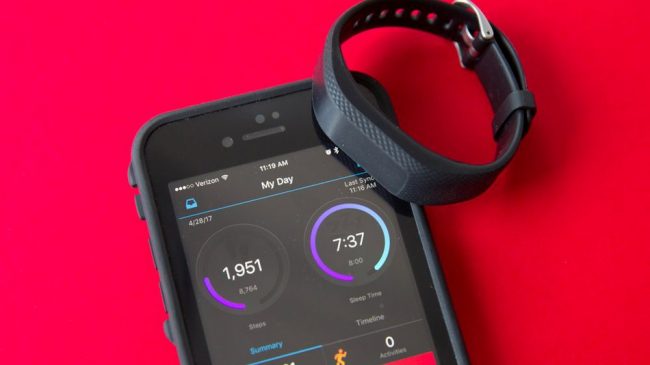 Garmin is looking to solve one of the biggest issues facing wearables with its latest release, the vívosmart 3: How can an activity tracker be useful in the weight room?

Just about every fitness tracker I’ve ever worn is more focused on counting steps and logging runs than anything else. I run, but as a former athlete, I spend more of my workout time at the gym lifting weights. Barebones wearables have little to offer there, so my workouts go largely untracked.

There are a few devices tailored specifically for the barbell set — the PUSH Band and Athos smart clothing come to mind — but they’re both too expensive and too specialized for a everyday gym rats.

The $140 vívosmart 3 is a shot at making a more well-rounded wearable for everyone, with the added bonus of new weight room-specific features to appeal to workout warriors who’ve committed to the #SWOLELIFE.

Garmin puts forth a good effort, but can’t quite pull off the execution. It’s like an overeager lifter slapping on too much weight: It looks strong at the outset, but once you actually put it to work, the vívosmart 3 can’t quite raise the bar.

The comfortable, waterproof silicon band sits well on the wrist, and the integrated OLED display within the band “hides” when dormant, making it less obtrusive than thinner trackers (Fitbit Alta HR, I’m looking at you). The vívosmart 3 might look basic, but the spartan approach is more of a perk here than on other devices. This is not a fashion-first wearable, in a good way.

The battery life runs in line with Garmin’s five-day estimates, although I was able to squeeze an extra day of use out for a solid six. The device receives text, email, and social media notifications, and you can also control your phone’s music from your wrist.

The vívosmart 3 tracks runs, counts steps, and logs your sleep, like its competitors from Fitbit, the Alta HR and the Charge 2. All of these features work well enough, but there’s nothing that stands out as a top performer. There’s no built-in GPS for runs, which is a surprise from a company with Garmin’s pedigree, and its basic sleep tracking function is lacking when compared to Fitbit’s new sleep Stages and Insights.

The wearable’s extensive number of features can be tough to navigate on the wrist, while the Garmin Connect app is, frankly, a mess. Even after wearing it for a few weeks, I struggle to pull up the activity I’m looking for at times, with its convoluted menu and system of swipes and taps.  That’s not to say it’s impossible to use — it just takes some extra time to set up activities, even after crossing the high barrier of entry.

I was most excited to check out the vívosmart 3’s weight room performance. The strength training function is built to log workouts directly on the device, with individual rep counting and even a way to automatically identify the specific exercise being performed via the device’s sensors.

This could be Garmin’s real edge against Fitbit in the wearable wars. The Charge 2 offers a general heart rate tracker and timer for lifts — but not an individual rep counter like the vívosmart 3, let alone a tool to automatically ID exercises.

I gave the tracker a first shot on the bench press. Controlling the feature is easy enough: just tap the screen to start counting reps, tap it again to stop. That’s one set. Continue until you’ve crushed your workout. Then, just save your progress to the app, where you can manually input weight totals and check out your heart rate performance.

I loaded up some weight on the bar, tapped the screen, ripped through eight reps — and saw 9 looking back at me. WTF?

No matter how many reps I did on the bench, the vívosmart 3 tacked on an extra. I tried to keep my arms from making any extraneous motions, but no matter what: 9. When I moved on to other upper body and shoulder moves with dumbbells, the same thing happened.

I gave it another shot on leg day. During squats and other lower body moves, the tracker at least got a few sets right — but it was inaccurate most of the time, counting only a few of the reps in a set, or none at all in several instances.

The automatic ID for exercise type was was way off too, although I wasn’t expecting much there without a more complex sensor system involved. Almost every move I made was tagged as a sit-up even though I didn’t do a single crunch. A few sets of deadlifts and curls were accurately recorded, to be fair, but that was all that worked over multiple workouts.

The accuracy issues sunk Garmin’s attempt to conquer the weight room. I’d have to go back through the app on my phone after the workout to label every single exercise, rep count, and weight set-by-set to make it worth my while, which defeats the entire purpose of the tracker. It almost made me wish for the old days when I logged workouts using a pen and paper — at least then I could do it all in the moment.

There were two useful functions, though: I was able to check out how my heart rate changed throughout the workout, and the clock counting my active and rest time kept my pace between sets quicker than usual.

Outside the gym, the vívosmart 3 has a few extra tricks using Garmin’s heart rate monitor. The stress level tracking feature is useful for all wearers, based on heart rate variability (HRV). Essentially, the device will notice if your HRV shoots up, and leads you through a guided breathing exercise to calm down, like the Apple Watch’s Breathe app.

The VO2 max score is more my speed. It uses your exercise data to estimate the maximum rate of oxygen you can consume during a workout — whether you’re a serious athlete or just someone trying to get into shape, this is a good benchmark number to know to track your progress. Like some of the other features, it takes some digging around the Garmin Connect app to get to the VO2 section, hidden in the “Health and Performance” tab within the app.

I was happy with my VO2 max score, although I’d like to push it even higher through cardio training. The “Fitness Age” reading is a fun add-on, giving me a nice ego boost with a 20-year-old estimate while I spend my days IRL creaking around on ancient, 26-year-old bones. If you’re curious about your own fitness age, you can get a less data-intensive reading via the World Fitness Level.

The vívosmart 3 isn’t a bad wearable — but there’s nothing here that makes it a clear favorite over the competition. The Garmin’s reasonable price and the range of activities it can handle make it worth checking out for well-rounded exercisers looking for a do-it-all tracker, but more casual gym-goers or high-level athletes will likely come away frustrated and disappointed.

The vívosmart 3 boasts killer features for fitness fans looking to expand their activity tracking, but it doesn’t deliver on its potential.