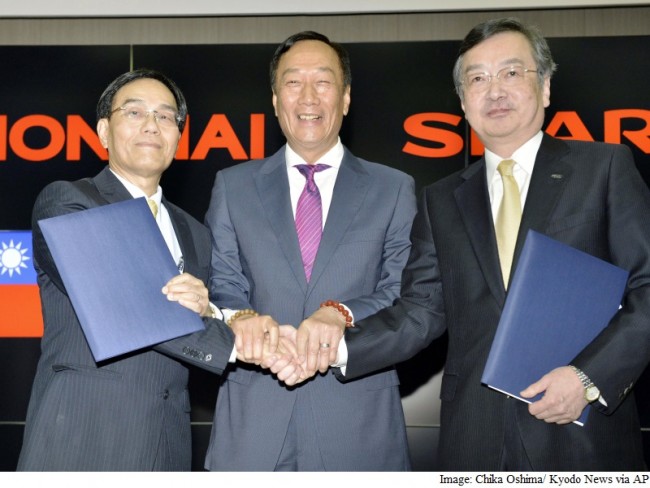 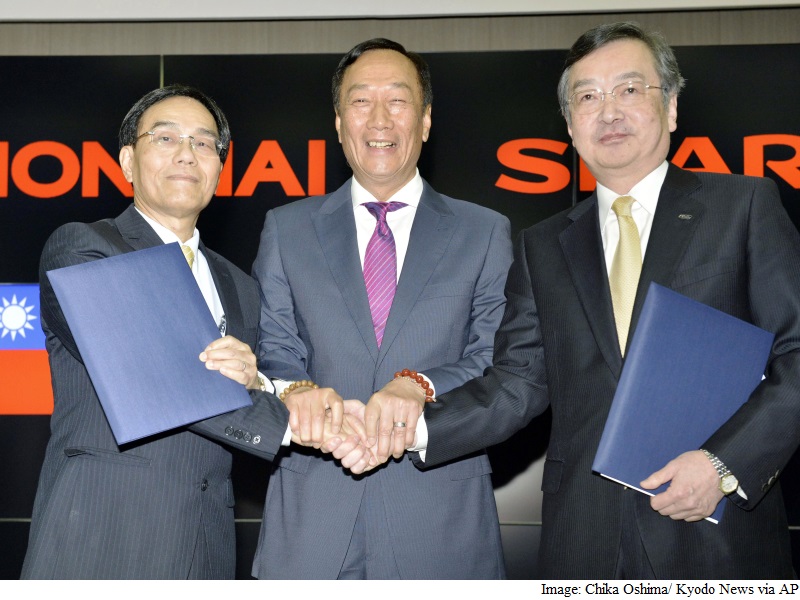 Foxconn and Sharp Corp on Saturday formally signed a long-awaited deal that would see the Taiwan firm take control of the Japanese display maker, as executives sought to dispel lingering doubts over whether Sharp can turn around its ebbing fortunes.

At a packed news conference following the signing of the $3.5 billion deal, Foxconn CEO Terry Gou ducked questions about how – and when – Sharp would become profitable again, but expressed confidence in the Japanese company’s ability to bounce back with its highly regarded technology.

“Everybody is saying Oled,” Gou said at the event held at Foxconn and Sharp’s jointly owned liquid crystal display factory in Sakai, western Japan. “If I was an engineer, I would choose IGZO,” he said, noting that they were more energy-efficient than Oleds.

Gou said he expected IGZO technology to be used in 60 percent of Sharp’s displays in future, against 40 percent for Oleds.

Nonetheless, turning around a company saddled with losses after two bank bailouts would not be easy and would require Foxconn to work “very hard,” Gou conceded.

“I’m not going to sugar-coat the challenges,” he said. “But I have a clear roadmap in my heart,” the Foxconn chief added, suggesting that a detailed turnaround plan for Sharp is far from finalised.

Gou said the management had ambitious plans for Sharp to be a key player in next-generation consumer products, including the Internet of Things and “smart” home appliances.

“If we cannot drive changes in Sharp our global competitors will eat us alive.”

Gou said he would try to retain all the jobs at Sharp, though he noted that Foxconn laid off 3-5 percent of its low-performing employees every year.

Foxconn, formally known as Hon Hai Precision Industry Co, agreed to take a two-thirds stake in Sharp at a big discount to its original offer this week, after wrangling over potential liabilities that sowed more doubts over whether the two companies can work together to spark a revival in the Japanese firm.

The deal provides cash-strapped Sharp with funds that the Japanese company said would be used in large part to start mass-producing Oled screens, which Apple is expected to adopt for its future iPhones. Sharp is playing catch-up with Korean rivals in Oled panels.