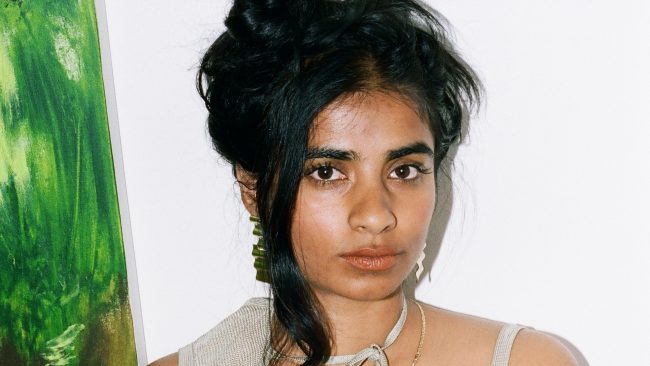 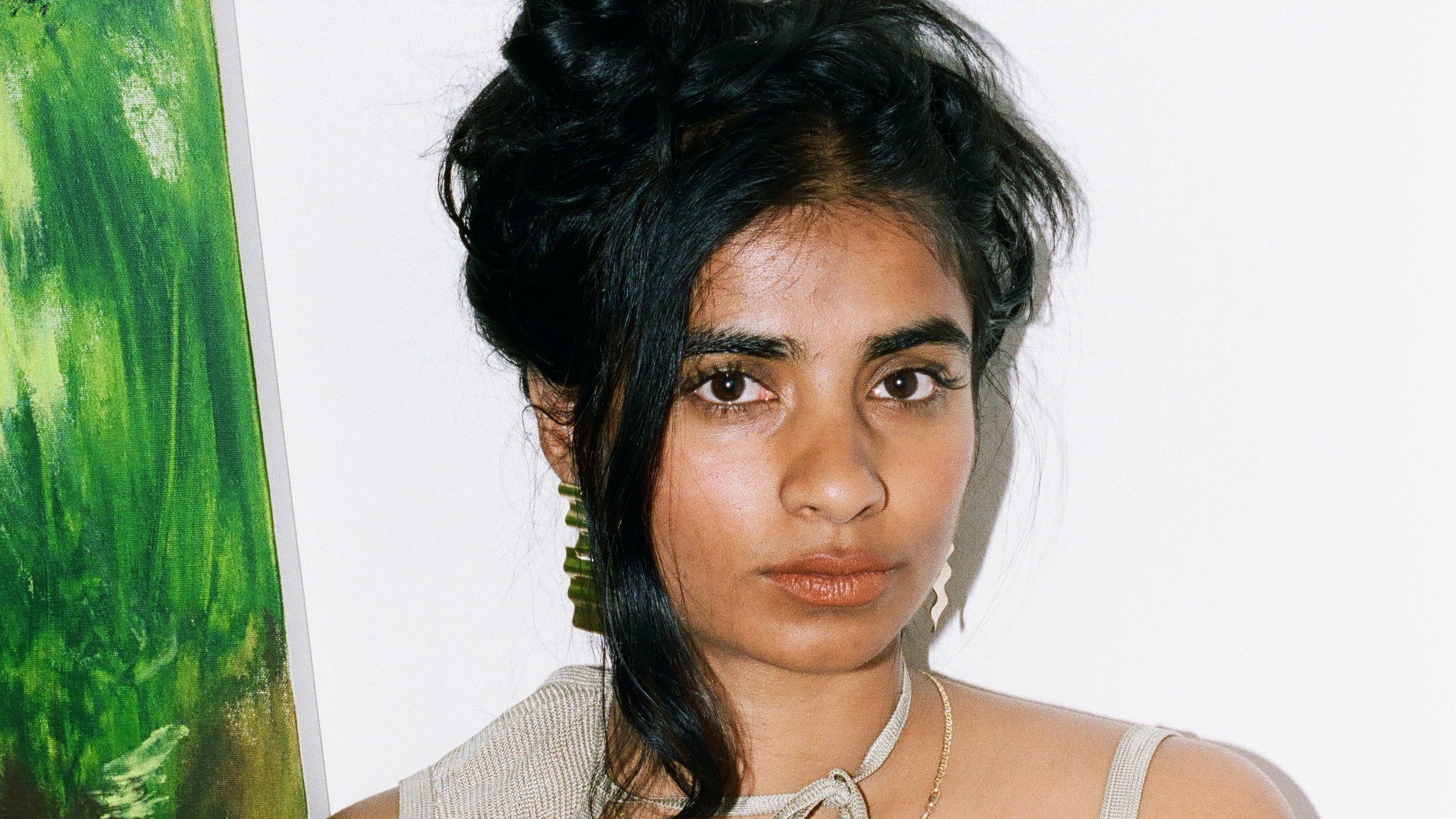 Fariha Róisín’s poetry book debut, How to Cure a Ghost, is all about finally making enough space in her life to choose herself.

“I’m clearing deep ancestral pain, karmic wounds, shame, and the wounds of white supremacy and patriarchy,” she tells Teen Vogue. The title immediately reminded me of a poem by Islamic scholar and Sufi mystic Rumi, in which he says: “The human shape is a ghost made of distraction and pain. Sometimes pure light, sometimes cruel, trying wildly to open, this image tightly held within itself.” It’s these agonizing ghosts, those generational and internal, that Róisín confronts. In HTAC, which debuted September 24, she unpacks experiences with sexual assault, islamophobia, and white supremacy and traces how her life has been transformed by the traumas she survived. She tackles how racism affected the ways she saw her beauty as a brown girl and the warped desire to be white and accepted. “When they tell you you’re pretty for an Indian girl. And even though you’re not Indian… / And you don’t even mind that you’re not Indian because you’re so filled with glee that you’re not some kind of dancing monkey.” In these short and potent stanzas she makes it clear that while she’s been able to lay down the ghosts that have haunted her own self-worth, loving herself back to health after the mental and physical exhaustion of weathering constant aggressions is a long and continuous process.

In the commoditized digital era, the process of looking inward has slowly become less affirming, making it hard to draw the real from the false. When it comes to Róisín, however, there’s nothing gratuitous or calculated about her disclosures on self-harm, racism, or balancing her faith alongside her queerness. She makes herself fully accountable in a way that allows every piece feel like an intimate letter in a digital bottle. If you find it, do as you will, and if you don’t, it will be there nonetheless.

Currently on a national book tour to promote How to Cure a Ghost and with a novel scheduled for release in 2020, Róisín took some time to talk to Teen Vogue about the holistic self-care she practices while writing, her beauty regimen, and the journey back to peace after surviving abuse.

Teen Vogue: How to Cure a Ghost is a very personal journey that you are revealing to the world. What was your wellness routine while you were writing the book? How did you keep yourself focused and how were you able to remain gentle with yourself while writing about really personal and painful experiences?
Fariha Róisín: Damn. This is hard. Well, I’m a Capricorn. I’m almost annoyingly hard-working. It’s truly frustrating! And of course, the first to go is always your health, but I also wrote this over five years and it was definitely during a time where wellness became more of an important facet of my being. At the same time, this book fucks me up. I still cry when I read it. I’ve already cried writing these answers because this work is not easy but it is necessary. So, maybe that’s the only real catharsis I’ll get. Vulnerability is everything to me, but often it comes at a great cost.

TV: In one of your earlier essays on Medium you wrote about feeling the need to create a white alter ego so you could be seen as beautiful. After having lived in Australia, Canada, and the U.S., how do you claim your own beauty in places where it’s not celebrated in the mainstream culture?
FR: I just watched the Toni Morrison documentary, and I remember when she died, my dear friend Fariba, who is Bangladeshi and in her 40s, telling me how Morrison saved her, and how The Bluest Eye is still one of the most important things she’s ever read. I didn’t have a lot of South Asian writers that I read outside of Jhumpa Lahiri, Arundhati Roy, and Anita Desai, so I also gravitated towards a lot of black writers because even if it wasn’t my exact experience, it was an utterance of something similar. There’s a moment in the doc where Morrison is talking about a dark-skinned childhood friend she had, who one day revealed that she’d been praying for blue eyes for three years and wasn’t sure God existed because she hadn’t gotten them yet. It’s such a heartbreaking weight to carry, and that was a lot of my experience. Even though Morrison was writing for black women, black people — she was able to talk about something so universal that as a brown person who grew up in Canada, Australia, and the U.S. — I felt seen. That, as an offering, is revolutionary.

I think the only way to claim your beauty in a mainstream culture is having very simple reminders. When a bad voice enters your brain you thwart it with a positive affirmation. In my mid-20s I began telling myself I was beautiful even when I didn’t feel it. I know, objectively, as a person who models and acts I have some kind of caché in the world in this body, with this face — but it wasn’t the reality I grew up with. I was raised in a household where I was unloved, in a very white Australia during the ’90s and early 2000s. We’re all traumatized, with different distinctions. Living is a way to work through those things so you don’t pass it down or perpetuate it.

TV: When you look at words like other or alternative and untraditional used as references for the way you look, how do you reposition yourself to be the one who’s in control of the gaze?
FR: There was a person at my Skylight Books reading in Los Angeles who asked me why I call myself Muslim and South Asian because those things, they believe, are limitations. They were an ex-Muslim, so I could sense their grief, but I had to stand my ground and say, whiteness or the lack of distinction is not the norm. White people are not the default. We’ve been taught to think they are, and that’s white supremacy. To think that my body is an abstraction against a white body is not an accurate description of it. There are 1.5 billion Muslims, almost 2 billion South Asians in this world. Who am I an other to? Honestly, I’ll ask again, who am I an other to? In the last few years, I’ve decided I don’t talk about myself in ways where I’m explaining it, at least not anymore. Now I’m becoming fully realized and so I’m making art about that evolution. I don’t need to explain myself to anybody who doesn’t understand a South Asian or Muslim person or perspective.

TV: Is there a certain kind of radicalism you see in women of color finding spaces and ways to embrace their beauty while dealing with micro- and macro-aggressions in their daily lives?
FR: There’s nothing more powerful to me than to see marginalized folks embracing everything the world has taught them to hate. Whether it’s the darkness of their skin, or their disabilities, fatness, transness, non-binaryness, uniqueness — it gives me such joy. This is why I wrote the journal Being in Your Body (that comes out with How to Cure a Ghost) for body dysmorphia. Patriarchal and dominant modes of thinking have dictated how women look and have said that beautiful women are threats and therefore not be trusted. These are things my mother even taught me and I wrote about this for the Hairpin in a piece called “Let Me Love You.” As femmes we have bought into misogyny and we don’t even realize it. I’m very interested in calling myself out and examining myself more than I am examining others, because the revolution begins when you start to live your life by your own politics. I also think it’s very powerful to tell femmes they’re beautiful. I try and do that as often as I can because I know how hard it can be in this body.

TV: What are your favorite reads or images to draw inspiration from when you’re thinking about beauty and desirability in your own life?
FR: I’m kinda old school. A few years ago I realized I really enjoyed steam rooms and saunas because all bodies are to be honored and adored. There’s something deeply sexy in someone looking after themselves to me. I also love seeing my older friends just thrive, and I draw so much inspiration from my friends being themselves. I think for reads it’d be Susan Sontag. I could read Sontag’s Capricorn-ass talk about her body, her sexuality, and the palpability of desire all day.

TV: Working as a model and working as a writer requires accessing different vulnerable parts of your being in the creative process. Which have you found the most revelatory in terms of changing how you see yourself?
FR: Well, I have to admit modeling has changed my life simply because I never thought I could be a model. There’s something super fun about being a five-foot-two curvy brown kid on a shoot where people don’t expect you to be there. I think it’s cool that I’m unkempt and tattooed. I’ve also suffered from gender dysphoria along with body dysmorphia a lot of my life, and even though I present myself as very femme, for a long time I presented more masculine. It’s fun to play with gender and I think being in front of the camera lets me be more performative, and that’s liberating. If in my real life I can’t be happy about my body, at least in front of a camera I can. It’s odd but true and you just hope that those two realities sync up together.