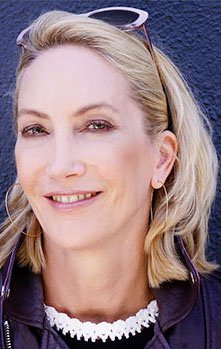 In 1988 the Stroh Brewery Co. was worth $700 million. Thirty members of the Stroh family owned the entire company, making them one of the wealthiest families in the country.

But rapid expansion led to heavy debt, and in 1999 the iconic 149-year-old family business was sold. The Stroh family, which could have been worth $9 billion today, lost the business and most of their fortune.

Frances Stroh, a member of the fifth generation of the family, is the author of a book entitled Beer Money: A Memoir of Privilege and Loss. Going beyond the idealized version of family life in which the Stroh family — and most family businesses — are portrayed to the public, Stroh shows the heartaches and challenges faced by this prominent Detroit family. But this is not a tell-all book written to generate attention or settle grudges. It is a story of coming to terms with one’s past, and finding forgiveness. It also serves as a cautionary tale and a story from which other family businesses can learn.

Stroh opens her book with a quote from Ernest Hemingway’s The Sun Also Rises:

“How did you go bankrupt?” Bill asked.

Stroh describes a gradual process of not only financial bankruptcy but also emotional bankruptcy in the fourth generation. As a young man, her father, Eric, had a passion for photography but felt pressured to enter the family business rather than pursue a career as a photographer. Her uncle, Peter, who became CEO and chairman of the board of the Stroh Brewing Co., would also have preferred a career outside of the family business. Frances Stroh describes how pressuring family members to enter the business resulted in leaders who were not at the highest level of competence and who did not have a passion for leadership or the business. It also led to a sense of emptiness that can arise when one gives up one’s dreams.

The members of the fourth generation were also far removed from the founder’s values of entrepreneurship, persistence and frugality. Quite the contrary, Frances Stroh’s father was a spendthrift who squandered much of the family’s wealth.

Stroh describes how not being able to follow one’s passions and not being grounded in the company founder’s values leads to the “emotional bankruptcy” that went along with the developing financial bankruptcy.

“Beer Money: A Memoir of Privilege and Loss” goes beyond the idealized version of family life in which the Stroh family — and most family businesses — are portrayed to the public.

In one of the most striking scenes in the book, Stroh describes a dinner with her father at The Hill in Grosse Pointe Farms in 2008. The family had been receiving quarterly reports from the family holding company describing increasingly dire financial circumstances, indicating that dividends would be discontinued within the next few months. Because her father had not saved any money, he would now need to live on a small pension — just 20 years after the family had been listed near the top of the Forbes list of the wealthiest families in America.

“All the fears I’d ever felt about my own future paled in comparison to what I imagined he must be feeling about his,” Frances Stroh wrote. “My father was not equipped, I knew, to live without a substantial income. I wondered if he would spend the rest of his life regretting his choices, or perhaps even wishing that he been born into another family, one that hadn’t taken such good care of him, up to now.”

This is how a family business and a family go bankrupt financially and emotionally — gradually and then suddenly.

Mission to help others

Frances Stroh now consults with family businesses and speaks around the country to help other families in business avoid similar pitfalls. She has come to believe that her family’s wealth was in many ways an impediment to individual growth and development. She feels strongly that children growing up in wealthy circumstances should be focused on strong values be told early on that they will need to support themselves and find their own way. She believes this builds grit and a sense of identity. Even if the adult child then chooses to enter the family business, they will have developed skills and self-confidence by having made their own way and finding success on their own.

Stroh, now 50 years old, eventually found her own entrepreneurial spirit. She was able to take a relatively modest inheritance and support herself living in San Francisco based on her investments in tech companies and real estate over the past 20 years. She is even giving back to Detroit by donating a percentage of her book proceeds to 826Michigan, a Detroit nonprofit that helps students from underserved backgrounds to develop their writing skills.

It sounds as if this member of the fifth generation has returned to the values of a previous generation, in particular Bernhard Stroh, who emigrated from Germany and opened a brewery in Detroit in 1850.