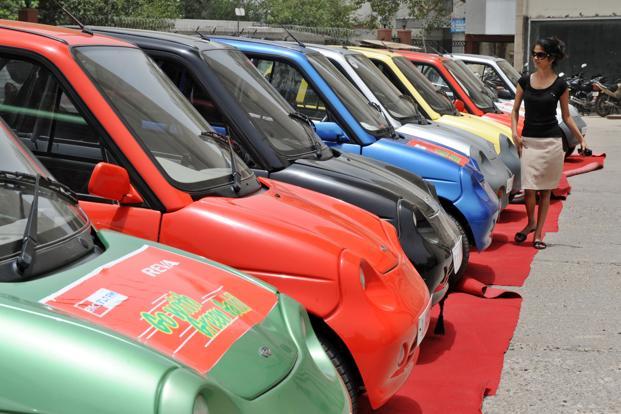 New Delhi: Come 2030, and every car user in the country could have an electric vehicle. That’s the goal that the government is working towards, said minister for power, coal, new and renewable energy Piyush Goyal.

Under the plan, the vehicles will be given without an upfront payment and will be paid for by users over a period of time from the savings made on fuel, he added.

The idea is inspired by the success of the government’s campaign to promote energy-efficient LED bulbs, which has seen costs falling by 80% over 18 months to Rs.99 per bulb now.

Power utilities distribute these bulbs and consumers pay for them over a period of time from the savings in their power bills.

“We have created a working group under the leadership of road transport and highways minister Nitin Gadkari, who is good at coming up with large-scale programmes. Environment minister Prakash Javadekar, petroleum minister Dharmendra Pradhan and I are members of this group. We will meet in the first week of April to see if India can 100% be on electric vehicles by 2030,” Goyal said at the Conference on Young Indians organized by industry lobby Confederation of Indian Industry on Saturday.

The automobile industry welcomed the move. “It is a great, workable model. Promoting electric or hybrid cars through innovative schemes can reduce vehicular pollution, reduce fossil fuel dependence and will be beneficial for the consumer. We will work with the government on this,” said Vishnu Mathur, director general of industry lobby Society of Indian Automobile Manufacturers (SIAM).

India’s automobile industry is the sixth largest in the world and accounts for 22% of the country’s total manufacturing output.

The sector is a vital component of the government’s plan to raise the share of manufacturing in the country’s gross domestic product (GDP) from about 15% now to 25% by 2022.

Goyal said the idea was to make the programme entirely self-financing without any assistance from the government. “We do not need even one paisa from the government or the people. We will see if we can give electric cars for free and monetize the savings you can have (from not using fossil fuels) and pay for the vehicles” he said.

“We have not yet decided who will manufacture these vehicles and where. We are thinking of scale and of leading the world rather than following the world. India will be the first country to think on such a scale,” said Goyal.

Mathur said that achieving scale can help in promoting localization of cutting edge components as well as local development of technology.