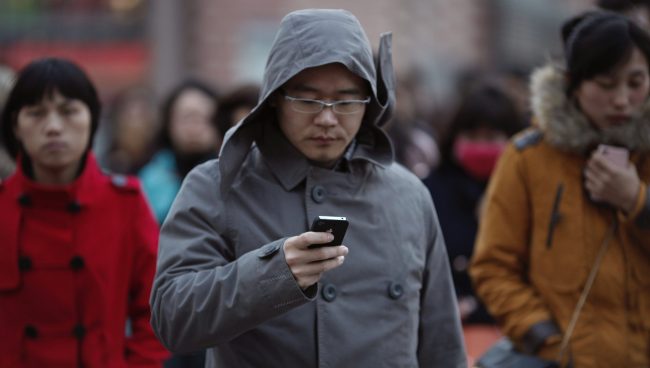 Beauty is hard to define, but many instinctively believe it’s much like US Supreme Court justice Potter Stewart’s 1964 definition of pornography: I know it when I see it. But a psychological experiment published in Current Biology last week, which claims to put Immanuel Kant’s philosophical theories on beauty to the test, suggests we’re significantly less likely to recognize beauty when we’re distracted. The findings raise the troubling possibility that, not only do constant technology notifications drain our attention spans, they also prevent us from seeing beauty.

Though the psychologists claim to be evaluating Kant’s work, the experiment is based on too flawed an understanding of his philosophy to be a valid critique. The study is nevertheless interesting and, together with philosophical theories, suggests our myriad Instagram filters and other technological trappings are blocking us from true beauty.

NYU experimental psychologists Denis Pelli and Aenne Brielmann asked 62 people to rate the level of pleasure they received from various stimuli: Looking at a beautiful image, looking at a neutral image such as an Ikea catalogue, holding a teddy bear, and eating candy. They were also asked to indicate, on a four-point scale (ranging from “definitely not” to “definitely yes”), whether they experienced beauty.

The participants then repeated the experiment, but this time while being distracted by a task. They were asked to listen to a series of letters, and to press a key whenever a letter was repeated. As the task involved both working memory and attentional control, it was “ideally suited to interfere with Kant’s postulated ‘harmonious interplay’ of sensation and cognition,” wrote the authors. Performing the task did not affect the pleasure of most objects, but the study participants were less likely to see beauty when they were distracted. “We confirm Kant’s claim that only the pleasure associated with feeling beauty requires thought,” the authors added.

The sample size of the study is fairly small and, in any case, Kant’s theory of aesthetics is founded on transcendental ideas—as in, concepts that are independent of experience and can’t be empirically tested. But Andrew Cooper, philosophy teaching fellow at Durham University, says the findings do “give us empirical reasons to consider seriously whether Kant’s account gets it right.”

Kant’s aesthetic theory (the Stanford Encyclopedia of Philosophy has a good overview of his ideas) holds that judgements of beauty are based, in part, on feelings of pleasure. But when we find something beautiful, we’re not simply saying it gives us a lot of pleasure. “If we want to hold the beautiful distinct from, merely, ‘I really like it,” we’re going to need to find some component of thought that’s objective,” says Cooper. Describing something as beautiful is not just a statement of subjective preference, according to Kant, but a call for everyone to recognize the beauty.

“When I find something to be tasty, I don’t extend that judgement beyond myself. I’m just saying that eating a cake brought about pleasure in me. If you disagreed and thought the cake was disgusting, I couldn’t fight you on that,” says Cooper. “It’s only because that we can recognize that the pleasure of beauty is distinct—it stands out and arrests our pleasure in the way that others don’t—that allows me to generalize beyond my own feeling of pleasure to demand the community of judges to agree.”

This demand for universal agreement means that beauty relies on cognitive judgements as well as feelings of pleasure. But while the NYU study emphasizes that both pleasure and thought are involved in finding something beautiful, Cooper points out that “Kant doesn’t simply mean that beauty involves thought, but rather a highly specific and unique practice of thought.”

When we find something beautiful, explains Cooper, we don’t view it according to our own self-interest or desire for the object but take “disinterested” pleasure in the beauty for its own sake.

Cooper explains that the study fits with Kant’s theory in that, when we’re distracted by tasks, we’re more likely to view the world as objects to further our own ends.

“It pulls us more and more to being orientated to the world as objects. When we’re invested in objects, it’s difficult for us to have these moments of rupture, of being surprised and overwhelmed by an experience that shatters our objective awareness and invokes our more primary relation to nature,” says Cooper. “Beautiful objects become photos I could use as an end, like to put on my Facebook wall, rather than purely lingering before them in a state of contemplation.”

Seeing beauty is a break from the everyday and, Cooper explains, while we can’t train ourselves to have these experiences, “we can become more open or closed to them.”

Though the NYU psychologists claim to be testing Kant’s theory, there is a major flaw that makes this impossible. Brielmann, who conducted the psychological study, says she believes that all beauty is subjective. If someone says they’ve experienced beauty, then they have, in her view, and so the participants’ opinions are evidence of real beauty. But while Kant believes certain pleasures are subjective (such as sensuous gratification from food), judgements of beauty must lay claim to universal validity.

But Cooper says the study is nevertheless philosophical interesting, as it gives us empirical reasons to believe that experiences of pleasure are combined with thought. Meanwhile, Brielmann says it’s useful for psychologists to engage with philosophy. “Interacting with people outside your field makes you question your assumptions or the terms you’re working with. It makes you think more critically about what you’re doing,” she says.

And for those interested in beauty, both the psychological study and philosophical reasoning point to a dispiriting conclusion: That the more we’re distracted, the less open we are to seeing beauty. Repeatedly glancing at the rose gold sheen of an iPhone might be pretty enough, but it’s closing our eyes to true beauty.