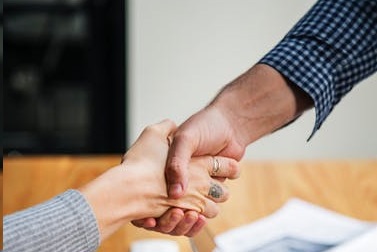 We were recently asked “Do you see direct sales as a viable career option why or why not?”.

Direct Sales has both pros and cons:

So as with many things in life, you are strongly recommended to research and seriously consider what you expect to get out of it, how much effort you are willing to put into it, and what are the risks.

Let’s pause to clarify what direct sales are. Direct sales is first and foremost a sales position. According to the Federal Trade Commission (FTC):

Direct selling is a blanket term that encompasses a variety of business forms premised on person-to-person selling in locations other than a retail establishment, such as social media platforms or the home of the salesperson or prospective customer. Multi-level marketing is one form of direct selling. Generally, a multi-level marketer (MLM) distributes products or services through a network of salespeople who are not employees of the company and do not receive a salary or wage. Instead, members of the company’s salesforce usually are treated as independent contractors, who may earn income depending on their own revenues and expenses. Typically, the company does not directly recruit its salesforce, but relies upon its existing salespeople to recruit additional salespeople, which creates multiple levels of “distributors” or “participants” organized in “downlines.” A participant’s “downline” is the network of his or her recruits, and recruits of those recruits, and so on.

There are few points to make sure anyone considering direct sales takes into account:

Using data from 2018, taking the total in direct sales divided by the number of direct sellers gives an average of $5,702 per seller. Commentary on this statistic: Averages can be misleading as outliers that have extreme sales will make the average look higher than most people will see. It would be preferable to be able to see a reported median (the most common amount per seller). A quick search on the internet will reveal cases in which the direct sellers for a company either earned no money at all or earned only a very small amount. As I do not have fact checkers to confirm these reports, I have not provided any details here.

In 2017, almost half (48%) of those involved in direct selling became inactive. You have to consider why there is such a high drop-out rate.

Slightly less than quarter (22%) participate in direct sales programs to be able to purchase products at a discount.