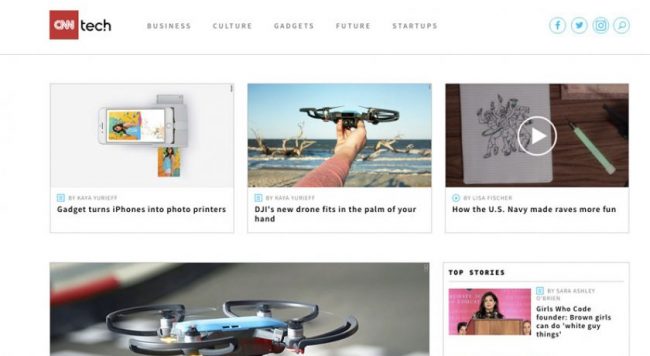 Sam Grobart will helm the site as its executive editor, a role he took on in March when he joined CNN from Bloomberg, where he had been a senior writer for Businessweek and managing editor for digital video.

The site will focus on what Grobart describes as “three pillars” in a statement. “The business of tech, innovations and scientific breakthroughs, and our relationship to it all—will form a strong, distinct base from which our talented writers, editors and producers can take advantage of CNN’s unparalleled reach and ability to tell the stories that people want and need to hear,” he said.

Ed O’Keefe, CNN’s senior vice president of premium digital content, compared its growth plans for CNN Tech–which is envisioned as a one stop shop of contemporary digital news experiences, from video and interactive elements on the site to accompanying events, newsletters and podcasts–to the growth of CNN Politics. “CNN is as committed to CNN Tech as we were about CNN Politics beginning in 2014,” he said in a statement. “We have aggressive plans in the months to come to hire the top talent in tech, iterate on our site, and produce some of the most original, boundary-pushing video in the industry.”

O’Keefe was the one who grew CNN Politics into a formidable player in the digital politics space, one that in 2015 began besting topping other sites in the politics category on metrics like multiplatform unique visitors, multiplatform views, and video starts. Then, as now, a key component of his plan focused on recruiting talent.