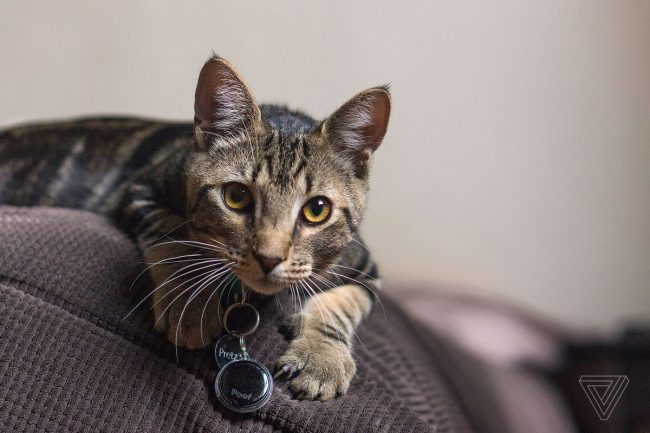 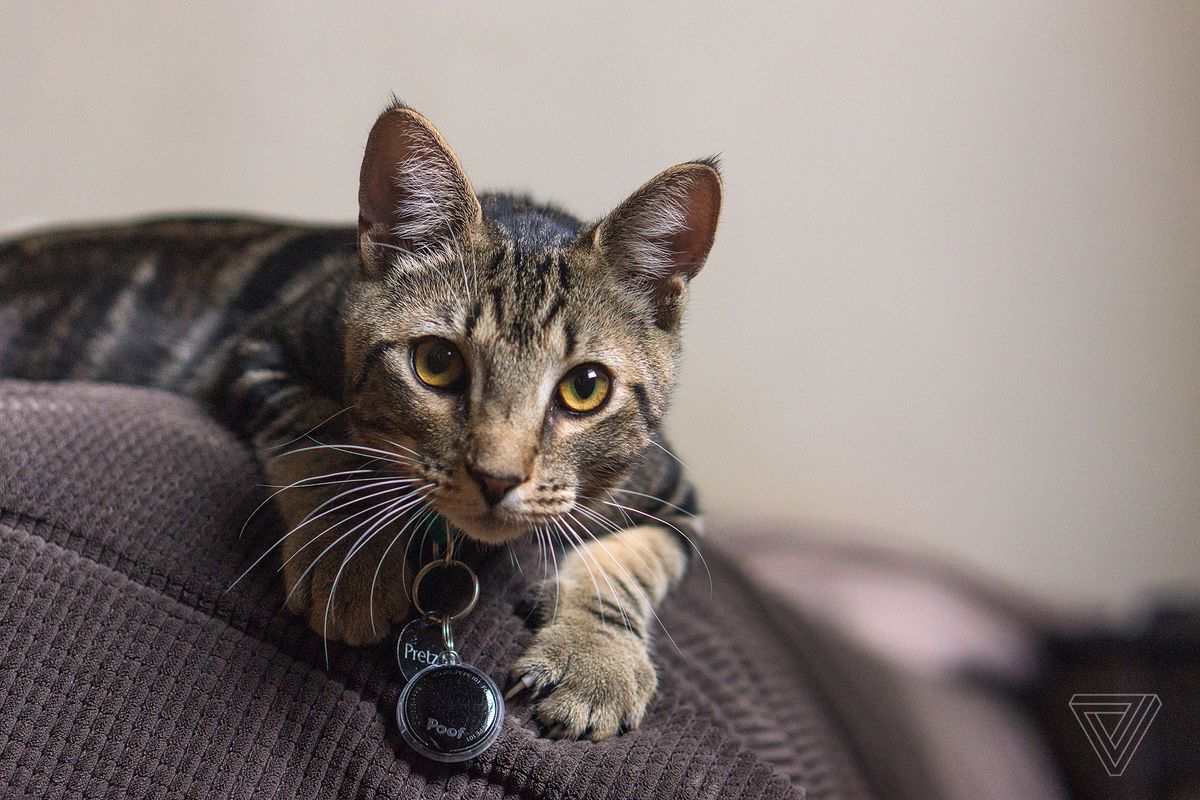 I live with a six-month-old cat named Pretzel who likes to sprint from one side of my apartment to the other, and sometimes pounce on me with his claws out along the way. He’s the first pet I’ve ever had, and living with him is mostly a joy. But because he’s my first pet, I’ve often been really uncertain of what to do: am I feeding him too much or too little? Do I actually need to brush his teeth? And what do I need to do to make sure he stays healthy?

That last question had me pretty interested to check out Poof, a fitness tracker designed for cats and dogs. Poof has two models — a rechargeable pill-shaped option, and a larger battery-powered version — and the company sent me both to test out. So I wrestled my cat’s collar off him, clipped the pill-shaped tracker on, replaced it, and waited for the data to come in.

It turns out, pet fitness data is about as enthralling as your own fitness data. For the first few days, it was absolutely fascinating. I found out that Pretzel sleeps most of the time while I’m away and only occasionally wakes up and walks around. And I could see that when I was playing with him, he was really getting a workout. Poof’s app has leaderboards that rank pets of similar age and species, and Pretzel immediately shot to nearly the top of the charts (obviously, because he is a great cat and is very serious about exercise). There were a couple times when I even played with him some more just to boost his rankings.

But after a few days, checking the data got boring. Poof’s app doesn’t let you view the information it records in much detail; there’s only a broad, hourly view that you have to look at day by day, which meant I had no way to compare Pretzel’s activity over time, or zoom in to see exactly how active he was throughout a given hour. The app also estimates calories burned, which might be helpful for a pet with weight issues, and gives your pet a daily score based on their activity. It wasn’t really clear to me what to do with either number, though. As best I can tell, there aren’t any standardized activity guidelines for cats, so you have to rely on Poof’s seemingly arbitrary scoring system to tell you how your pet’s doing.

There were bigger issues than just my own inability to take fitness data seriously. Poof’s app is unresponsive and painfully slow. I used it on an iPhone 5S, which is kind of old at this point, but that’s only because Poof’s Android app failed to detect both fitness trackers the company sent me. The app doesn’t send encouraging push notifications or synopses either, so you have to remember to open it every day, sync the data, and then decide how to act. I’m not usually one to ask for more push notifications, but I wish Poof would have nudged me every now and then to do something for Pretzel.

And then there’s the part where my cat ate a piece of the fitness tracker. The pill-shaped Poof tracker fits inside of a soft plastic housing with a metal ring on it, which you can then clip to your pet’s collar, making it easy to remove the tracker for charging. I came home one day to find the housing still attached and the fitness tracker missing; at some point during the day, Pretzel must have fought it off his collar. I’ve been searching my apartment all week, and I still can’t find it. It’s really small. (I’m pretty sure that Pretzel didn’t consume the tracker component. It’s too big for him to eat, and it still syncs over Bluetooth.)

I had hoped to recover the fitness tracker within a couple days, but the search came up short and instead, Pretzel started attacking the plastic housing that was still around his collar. I thought it was funny at first, so I ignored it. But I’m pretty sure he ended up eating the corner off of the housing, so even if I do find the fitness tracker, I’ll now have to find another way of attaching it to him. I’ll admit, Pretzel eating plastic is kind of my own fault — don’t worry; he’s fine — but the fact that he could break the tracker free from the housing seems like a flaw. I can’t imagine it being an issue with dogs, but I have to guess that other cats will try this. (Poof also includes a less dangly housing, but it’s only for bigger collars.)

I suspect dog owners might get more use out of Poof; dogs don’t lie around quite as much as cats, and the data could help them figure out how long of a walk to take with their dog. But in general, I’m not sure how much a pet fitness tracker is going to help anyone. Just like with an actual activity tracker, it’s ultimately up to you to find the willpower to follow through on a workout. And for me, at least, the guilt of not playing with my pet enough gets me most of the way there.

While writing this article, I attached the larger, battery-powered Poof tracker to Pretzel so that I could take some photos. I noticed that the larger tracker uses a hard plastic housing, instead of a soft one, which would have prevented Pretzel from eating it. Unfortunately, he didn’t really care. The first thing he did when I clipped it on was try to get it off.