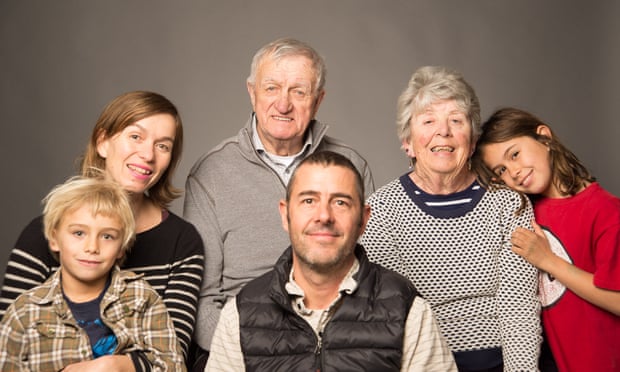 The Home Office is urgently reviewing the case of a British-American family hit by costs of £45,000 and split between different sides of the Atlantic after it refused to reverse a visa decision based on a misinterpretation of its own rules.

Rajesh Westerberg, the American husband of an English wife and the father of two British citizens, has a master’s degree and a job offer of full-time employment with the Welsh National Opera.

He had indefinite leave to remain (ILR) in the country for eight years from 2004. It lapsed in 2012 because he remained outside the UK for 28 days more than the two-year return period mandated by the ILR law. When he visited the UK this summer on a tourist visa with his family, he received an offer of work and applied for a change in his visa status to enable him to remain here. His application was refused twice.

“The Home Office falsely claimed that I did not qualify for a change to my visa status because they said statuses cannot be changed from inside the UK. But their own rules clearly state an exemption if your children are British citizens,” said Westerberg, speaking from Heathrow airport before leaving the UK on Wednesday with no hope of returning for about a year. “They later admitted they were wrong to ignore that exemption, but nevertheless refused to reverse their decision.”

The admission was made in a letter to the Westerbergs’ MP, Karin Smyth. In the letter, Sarah Brooke of UK Visas and Immigration wrote: “[The exemption] applies when the qualifying children are British … In light of your representations, we have reviewed the [exemption] consideration and can confirm that it is incorrect.

“I am sorry for this error. However, whilst the refusal letter is wrong in that respect, it does not alter the decision to refuse Mr Westerberg’s application. Mr Westerberg has come to the UK as a visitor, and as such we expect such persons to leave the UK before their leave expires.”

This summer the family travelled again to the UK. Once here, Westerberg was offered a job as deputy head scenic artist for Cardiff Theatrical Services, a subsidiary of Welsh National Opera. The health of Nicola’s elderly parents had recently deteriorated and the family were keen to remain in the UK to look after them.

The family took legal advice and were told the job offer meant Westerberg qualified for further leave to remain. The family rushed to meet the additional conditions, signing a 12-month lease on a home and registering the children at a local school.

Even though they met the conditions, the Home Office refused their initial application. Westerberg’s subsequent appeal to the first-tier tribunal was also unsuccessful. “Our lawyers say the the Home Office has made a glaring error of law,” said Westerberg.

He now has no choice but to leave his children and wife and return to the US. “It is a very risky thing to do, leaving the county in the midst of our appeal, but we are at our wits’ end and have exhausted all other resources,” he said. “I simply cannot afford to stay in the UK or our family will be destitute with no recourse to public funds.”

Nicola, a photographer, has now found work, but the pay is not at a level that will allow her to sponsor Westerberg. “My children, after a naturally bumpy start, are just getting settled into school,” said their father. “There is no telling how the loss of their father for all these months will affect their education and wellbeing.

“If my wife is unable to find better work and we are forced to leave the UK, we will have to pull the children out of school mid-year, further disrupting their education. Furthermore, my wife will be leaving behind her ageing parents with no support. The whole situation is just heartbreaking.”

A Home Office spokesperson said: “We are urgently reviewing Mr Westerberg’s case and will contact him to talk through his options.”