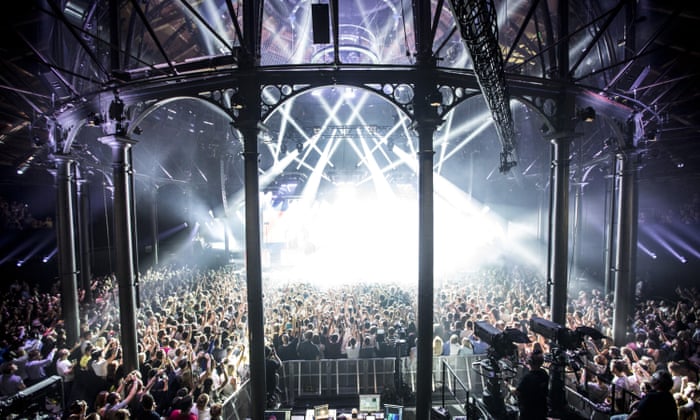 David Guetta performing at the iTunes festival at the Roundhouse in 2014. Photograph: Rob Ball/Redferns via Getty Images

Apple has axed its yearly London music festival, which has hosted Foo Fighters, Elton John, Alicia Keys and Ed Sheeran amongst others.

Inaugurated in 2007 as the iTunes festival and rebranded as the Apple Musicfestival in 2015, the event was held at the Roundhouse for much of its tenure. An ambitious lineup of A-list stars was assembled each September, with a free daily concert for prize-winners. In 2015, the festival was scaled back to 10 shows.

The cancellation comes as Apple focuses on creating its own content, as well as hosting music, TV and films to stream and buy. It recently launched the TV series Carpool Karaoke and Planet of the Apps, and is expected to start creating music-themed content. Apple recently hired two former Sony television executives, Jamie Erlicht and Zack Van Amburg, to help develop shows. Meanwhile, Apple’s online radio station, Beats 1, has been on air since 2015.

The company is also gearing up for a launch event on 12 September at its new campus in Cupertino, California, where they are expected to announce the eighth iteration of the iPhone.