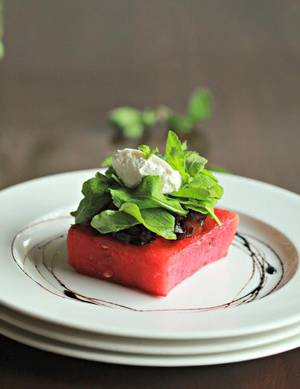 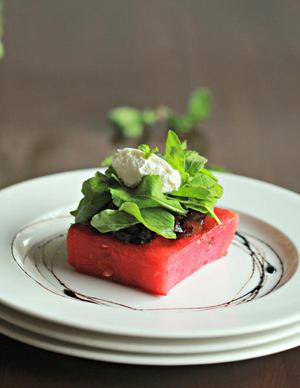 Beat the heat at Dirty Apron with its new summer menu

While there is a common perception that food and summers don’t go together, the recently launched summer menu by Dirty Apron in Safdarjung Enclave is out to debunk the myth. The new menu is embellished with a variety of essential summer produce. It encompasses a variety of options ranging from cold soups, char-grilled watermelon salad to popsicles for dessert. “The primary idea was to showcase summer on a plate and offer a soothing menu which will help beat the Delhi heat,” says Chef Manoj Pandey, the chef partner at The Dirty Apron who also conceptualised the menu.

I started my meal with the green apple and vermouth cold soup. While cold soups generally don’t have a great track record, this one hits bull’s eye. It is sweet with the right amount of tangy brought on by fresh green apples. The soup was generously seasoned with cinnamon and garlic which added depth to the flavour along with the dash of vermouth.The soup was followed by the char-grilled watermelon and feta salad. While the dish works as a salad, it is nothing unique. The watermelon did not do much for an otherwise delicious combination of ingredients, and ended up tasting bland. The best thing I liked about the dish was the feta. The balsamic dressing while itself quite flavoursome, contributes little to the salad. The presentation of the dish, however, was exquisite. 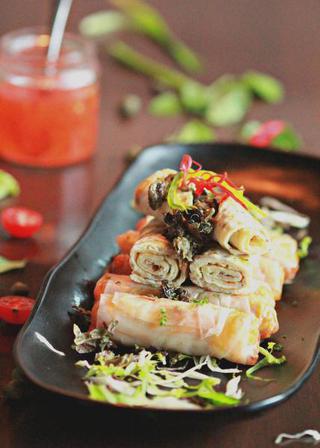 The next dish was the amous bouche, Parmesan cups with avocado mousse. They also have a non-vegetarian option of stuffed artichokes with pesto chicken. While the Parmesan cups itself were delicious and looked absolutely riveting, the mousse lacked flavour and the taste was very unidimensional. The appetiser was next and I ordered Cajun chicken in a crepe net.

The best thing about this meal is, it comes with a pestle and mortar wherein you can make your own sauce. I am a huge fan of live presentations and had a lot of fun with the self prepared sauce. For those who like their food with no fuss, their other option are the pad Thai spring rolls. The chicken itself was moist and well seasoned and the raw mango sauce gave it another dimension in terms of flavour.

For the main course, I ordered honey balsamic lamb chops, and it did not disappoint. The lamb itself was cooked perfectly and was not chewy. The sauce was the right amount of sweet and salty, the quantity could have been reduced as it took away from the beautifully prepared lamb. The dish was accompanied with an arugula salad which provided the dish with a fresh twist and a creamy potato Dauphinoise which completed a wholesome main course. Lemongrass gingerale provided a strong punch of ginger flavour and was a great palate cleanser after every dish.

Overall, Dirty Apron is for all those who wish to enjoy a refreshing summer meal, that does not weigh one down. The restaurant offers a nice menu, ambience and excellent music, you might even discover fascinating stories. Did you know about the black, gay Cuban musician under the Castro regime, Bola de Nieve? I did not.