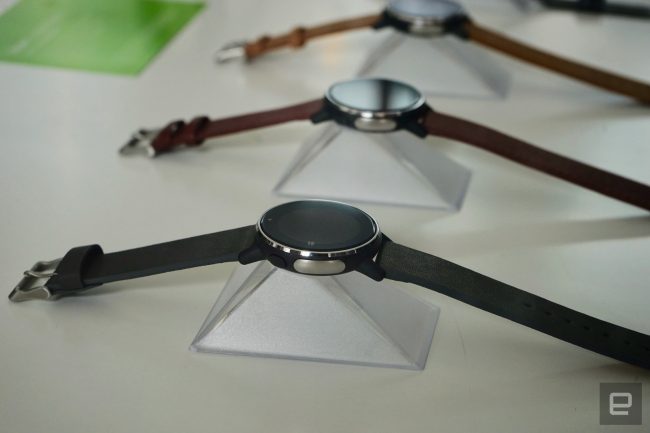 Acer is adding to its stable of quirky fitness trackers that measure unusual health metrics with the newly unveiled Leap Ware. It follows the company’s Liquid Leap lineup, which offered continuous heart rate monitoring and stress-measuring for less than $200. Although I was skeptical of the Ware’s novelty stamina-tracking feature at first, I was convinced to give the device a more serious look once I strapped it on. The Ware is an attractive watch that’s impressively slim and comfortable for its $139 asking price, and will be available at the end of June. As a person with slender wrists, I dig the Ware’s interchangeable 20mm band, which is slightly narrower than the 22mm option on competing devices. The blue rubber strap on the unit I tried on was comfortable and easy to put on, thanks to its standard buckle clasp. I found the device’s round 1.1-inch screen dim, although an Acer spokesperson explained that the display is transreflective, meaning it’s easier to see when it reflects light back to your eyes. Indeed, when I twisted my wrist to catch some light, the display became easier to read.

The watch itself is mostly responsive, although the touchscreen on my demo unit stuttered occasionally, as it struggled to respond to my swipes and taps. Still, I was intrigued by some of the Ware’s unique features. It has a light bulb on each side of the case’s edge, and you can turn these on with the physical buttons next to each bulb. This is handy when you need to hunt for something buried deep down in your dark purse, or looking at your ticket stub in a dimmed movie theater. But what’s more intriguing is the device’s SOS feature, which causes the bulbs to flash S-O-S in Morse code when you press a button in the watch’s OS. It’s ultimately a gimmicky tool, though, since the use cases for this are incredibly limited. 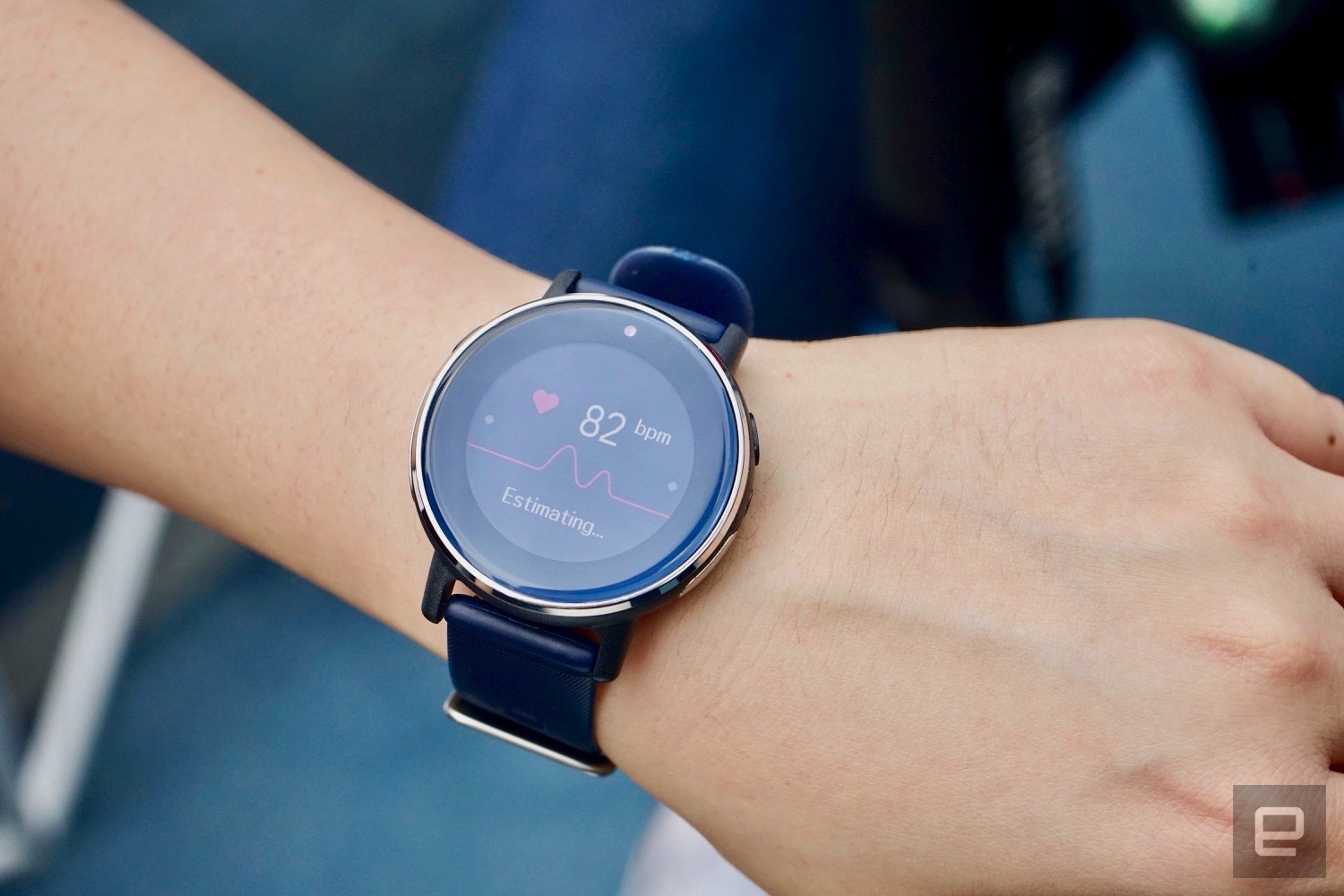 Speaking of, the biggest difference between the Ware and other fitness watches is its “stamina monitoring” feature. It sounds vague and unscientific at first, since it’s strange to consider endurance as a metric that can be tracked. But an Acer spokesperson explained that it’s not meant to be a data point that you can chart as you would your calorie loss or distance traveled. What the Ware can do is alert you during your workouts when you’re about to run out of energy, based on its understanding of your stamina. When you’re about to overexert yourself, the interface will flash red as a warning. If you’re still doing well, a green light will appear.

Acer calculates your stamina through a combination of your resting heart rate, your stress level (using the onboard galvanic skin response readers) and a blood pressure-like metric. To get that last piece of data, you’ll have to place your fingers on the two sensors on the Ware’s edge, similar to how you would grip the heart rate sensors on a treadmill. I wasn’t able to test the accuracy of this system during my brief demo, but even if I had more time with the device, I’m not sure I would be able to find a way to verify this information.

The Ware is supposed to last up to 5 days on a charge, which is longer than other smartwatches offer. In addition to tracking your activity, the device also delivers notifications from select apps on your phone, and is compatible with iOS and Android. Although I still find the stamina-monitoring claim dubious, the Ware is an ambitious watch with a low price — a compelling combination.

Edgar Alvarez contributed to this report.