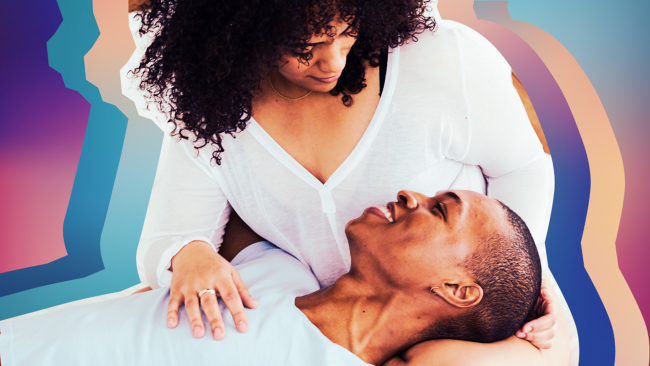 You can make major improvements to your relationship without doing much of anything. Seriously. It all has to do with communication, which is key in having a strong, healthy connection with your S.O. Even if you’re not the best listener or you two can’t ever have a serious conversation without one of you leaving in a huff… by applying these 9 tiny tweaks, even the couple who has the most trouble communicating can find a way to connect.

Deal with One Thing at a Time

Bringing up bills, next year’s vacation, your niece’s birthday gift, and not being able to orgasm all in one conversation won’t get you anywhere. Limit serious discussions to one subject, says Dr. Darcy Sterling, a Licensed Clinical Social Worker and the star of E! Network’s hit show “Famously Single.” “Be as specific as possible,” she says. “Your partner will have an easier time hearing about one issue than if you discuss 10 topics at once, which is not only unreasonable—it’s overwhelming.”

“Before beginning a serious discussion, tell your partner that you have something you’d like to discuss, inform him/her of the topic, which also helps you to hone in on what the issue is, and—most importantly—ask if now is a good time to have the conversation,” says Sterling. “This allows your partner to feel like he/she has some control over the situation and reduces the likelihood that they’ll feel ambushed. If it’s not a good time, ask them to commit to a time in the next week that is mutually convenient.” And yes—that means sitting with the issue until then.

If you’ve had a long day and don’t think you’ll be fully invested in a conversation, don’t have it. Chanel Omari, an iHeartRadio celebrity radio host, says “Don’t be afraid to say, ‘Hey, sorry, but I need to do this another time. I’m just really exhausted and want to talk when I have energy.’ That’s much better for the both of you than getting together, being tired and cranky, and wasting both your time.” Communication can be skewed when you’re exhausted because it makes it hard to focus, listen well, and be kind.

It’s a simple adjustment that says a whole lot. Imagine trying to tell your partner about the awful day you had or bringing up your budget and he/she is watching TV, on Instagram, or texting a friend at the very moment when you’re trying to be serious and have something noteworthy to say. It’s rude, annoying, and gets you both nowhere. Make sure you’re looking each other in the eyes with no other distractions when you have an important conversation.

Throw in a Feeling Word

When you talk to your partner, especially during tough or emotional conversations, include at least one feeling word, xzyx psychotherapist Tina Gilbertson. “For example, ‘I was disappointed when I didn’t hear from you.’ This encourages you to focus on your own experience, rather than on the other person or the facts of the matter, which could be open to debate.” She adds that “feeling words” help you make sense of your own reactions and help your partner get to know the real you. “If you never say how you feel, they have to guess, and might get it wrong.”

Take turns speaking without interrupting. “Allow your partner a chance to address your concerns. Look for opportunities to validate your partner’s feelings,” says Sterling. “Remember that a successful conversation will result in a win-win outcome. If your partner walks away feeling ashamed, blamed, or criticized, you’ve both lost. You want to feel as though serious conversations bring you closer to your partner, not further away.”

MORE: 10 Compromises You Should Never Make in a Relationship

It’s OK (and often more productive) to introduce a topic and then come back to it later when you’ve both had time to think through your response, rather than hashing it out based on your initial reactions, says Brooke Williams, a licensed professional counselor who specializes in couples counseling. “Saying, ‘I’m going to need some time to think about this, can we plan to discuss it tomorrow?’ can go a long way in finding solutions together, rather than arguing.” Sometimes the simple “sleep on it” technique can do wonders.

For some, having a sip or four of alcohol helps relax the nerves if you’re about to have a big discussion. But alcohol can also have the tendency to heighten emotions or even make us say things we don’t mean to and interpret things differently. You would never get drunk before talking to your boss about something important, so don’t do it with your partner, either.

Talk Instead of Text

We can’t say it enough: Picking up the phone or, better yet, talking face-to-face is always better than texting, Gchatting, or emailing. “Yes, we’re all busy and texting can be the easiest and fastest way to communicate, but it’s the worst way to really talk to your partner,” says Erica Arrechea, cofounder and lead matchmaker at Cinqe Matchmaking. “You can’t detect tone and the silence when you text, which can lead to a huge communication block in your relationship.” It’s okay to text your partner first to let them know you want to talk (on the phone or in person) about an issue.