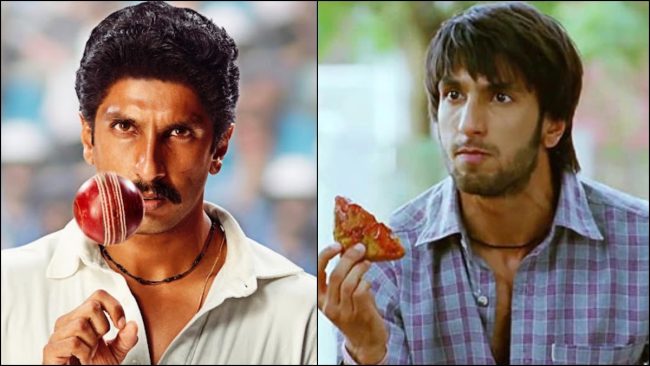 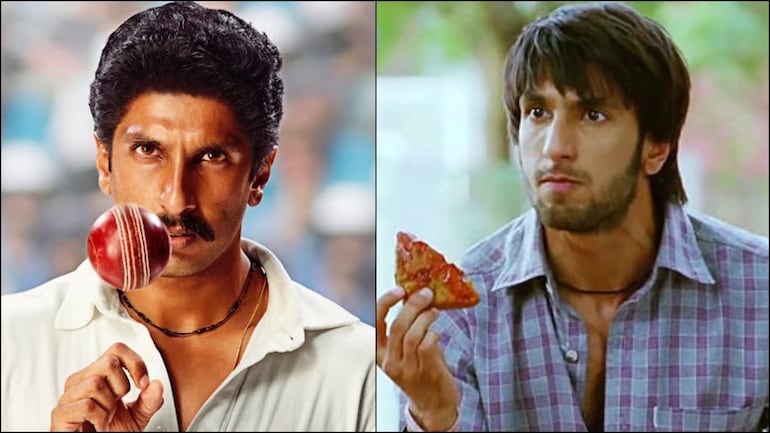 Ranveer Singh is living the dream – much like his Twitter bio. Ranveer says he hasn’t changed his Twitter bio because he wakes up every day realising he’s living the big dream, for Ranveer has not only carved a niche for himself but also created a place in the audience’s hearts with his performances that show depth and range. In 2021, Ranveer gave one of his career-best performances in 83. In an exclusive conversation with IndiaToday.in, Ranveer Singh opened up on box office collections, how he’s changed as a person and the one advice he would like to give his younger self.

Excerpts from the conversation:

What was your biggest challenge and fear while playing Kapil Dev in 83?

I always relish new challenges. Playing a living legend like Kapil Dev had a new set of challenges because he is a well-known person. I had certain parameters within which I had to work. While creating characters like Ram (Goliyon Ki Raasleela Ram-Leela, 2013), Bajirao (Bajirao Mastani, 2015), Khilji (Padmaavat, 2018), Simmba (Simmba, 2018), Murad (Gully Boy, 2019), you have more leeway. This time, you have to work within set parameters. So, it was a new kind of challenge. I was very much up for it and now that the performance is out there and people are seeing it, I am humbled by their reactions. Whether it is people who know Kapil intimately, like his own closest friends, his teammates who have known him for donkey’s years, or fans. The likes of Krishnamachari Srikkanth and Kirti Azad were all telling me how they were watching Kapil Dev.

Also, in the age of social media, you can read first-hand what people think of your performance. The one thing that resonated with the audience was that they thought they were going to watch a Ranveer Singh film, but it looked like Kapil Dev was cast instead. Where is Ranveer? This is a testament to having achieved what I had set out to do with Kabir Khan’s vision.

So, yes, love and appreciation for the performance have been pouring in. People who have loved and revered this talismanic sporting figure across generations are being very effusive, emphatic. It is like an avalanche of love in a way that I actually have not experienced before. I have been a part of some amazing movies and have received love and appreciation for them, but this is unprecedented. People are crying and applauding the film in the theatres. The last time I remember this happened was for Lagaan (2001), 20 years ago. I remember going to Gaiety Galaxy (Bandra, Mumbai) with four of my friends [to watch that]. So, a film like this clearly comes once every two decades.

Getting the physical nuances right is one thing, but how do you manage to get into his mind, given his restrained expressions and emotions?

The process of developing a character doesn’t stop at the external details. It was important for me to get in touch with Kapil Dev’s spirit, get inside his mind, his heart, and see what drives him, what his perspectives are, his world views are, his beliefs are.

There was not enough footage of Kapil Dev to base my character homework on. So, I also went and stayed with him at his house for two weeks, where I collected all the external and internal information about the person to weave into the character. And now when I read people’s feedback, it feels like all the work – the physical nuances, the expression, the body language, the little things, the adjustment of the shirt for the delivery – has paid off. To watch Kapil’s face while he watched my rendition of him was one of the most surreal and unforgettable experiences. He was like ‘I always knew you were a stellar performer, but my worry was the cricket part. Would you be able to bat and bowl convincingly? Finally, he gave me two thumbs-ups for that too.

I think Kapil sir saw my dedication, so he opened up to me. He recognised the passion and dedication with which Kabir sir and I approached the creative process and he invested trust in us. He spoke to us over those 2-3 weeks that we spent with him. He really opened his home to us, his heart to us and he spoke about things that he would not speak about otherwise. It really gave us an insight into the man. And that is where I really was able to understand what this man is all about and apply that to the performance.

From Band Baaja Baaraat to 83, how has your reaction to your own work changed?

I have seen a great evolution in myself as a person and a performer. I think it is safe to say that I am not the person I was 20 years ago. Today, I am at this stage where I attach my values to the process. I recognise the fact that my becoming an actor in mainstream Hindi films is a miracle in itself. At the time when I was trying to get into the industry, I had a million-to-one chance. Every day I feel an overwhelming sense of gratitude that makes me think – I am on a film set. I am working with the finest talents in Hindi cinema. I am creating characters that are part of Hindi films.

I am not a result-oriented person anymore. Earlier, I would harrow myself with opening numbers on the first day. But I was never cut out for the number game. So, I attach only the amount of importance that I can attach to it on behalf of my producers. In the case of 83, there were a lot of screenings that happened prior to the release day, and the love started pouring, so much so that I was submerged in that flood and Friday, Saturday, went by. On Saturday night, someone asked me what the first day’s collections were? I was like, ‘Oh, I don’t know! Maybe I should ask’. So, I always say ‘process is always the prize’.