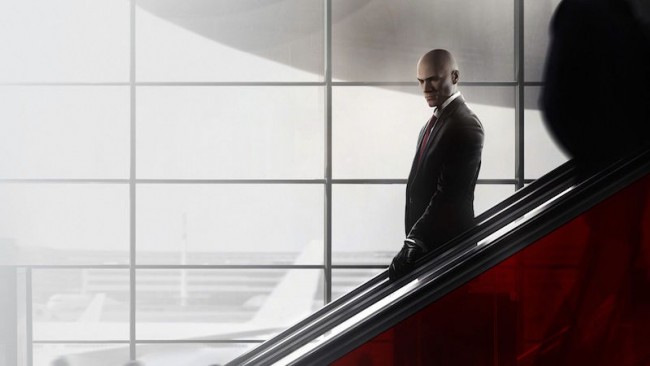 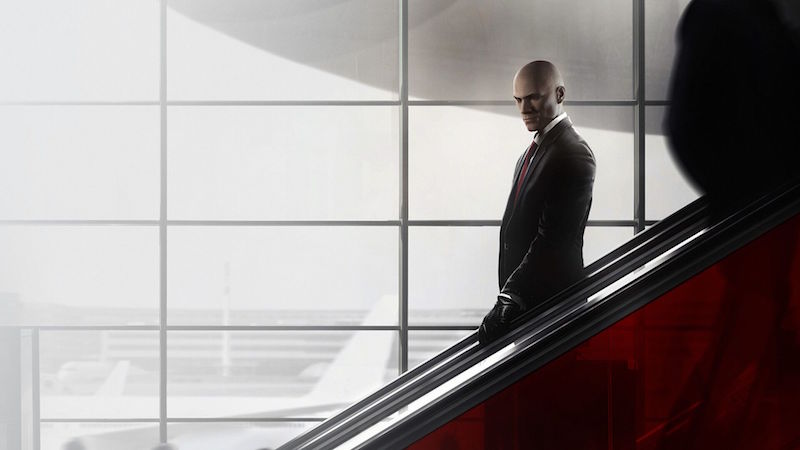 We are on a boat. Well, a training mission that takes place on a set, akin to how TV shows are recorded, complete with a luxury yacht if we’re to be precise. There’s a party onboard featuring the wheelers and dealers of the art world.

Dressed up as one of the many waiters on the ship, we overhear conversations about how texting is a new fad, and how the host of the soirée, Kalvin Ritter, is setting himself up for one last heist as an art thief. It’s up to us to ensure those plans never reach fruition. While it’s far too late to stop sending messages via phones from catching on, we can definitely do something about Mr. Ritter.

Quietly blending in with the hired help, we make our way to his private quarters, set up a remote explosive under his desk, and vault out through a window. Moments later he shows up. As we walk down the ramp of the yacht, a discernible clicking sound is heard followed by a massive explosion that rocks the boat back and forth. 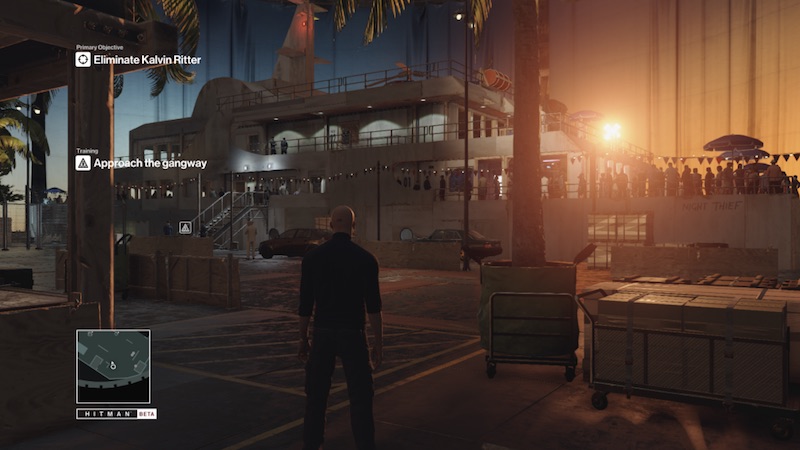 In this simple training mission, the Hitman beta is steeped with detail. There are several people going around, doing their own thing, tons of conversations to overhear, and a sense of life that make its opening sections a treat. The same sense of immersion is extended in the second mission. Much like the first, this one too takes place on a set. This time it’s a replica of a Soviet base in Cuba. Our target is a chess genius turned spy for the USSR, Jasper Knight.

After clumsily choking a guard, we snagged his uniform and made our way through the gates, avoiding other soldiers as they could have recognised us. Snaking past a few outhouses and crates, we hear a conversation between two mechanics that presented an amusing assassination opportunity. Knight has plans to escape via fighter jet and the safety protocols need to be tested. We found an isolated mechanic and rendered him unconscious. Donning his uniform we proceeded to the aircraft and indulged in the necessary sabotage. The result of which has us walking away unscathed from screams and explosions, much like the first mission.

If discretion isn’t your forte, you can turn each level of Hitman into a playground of destruction. This does impact your score and makes killing your primary target a tad more difficult too, so it’s not always advisable. Besides, there are plenty of ways to silently get your kills. Replaying through the initial stage, we found rat medicine that we slipped into the drink of our target, poisoning and killing him instantly. These are just a few of the ways in you can approach your encounters, with a wide range of methods to discover. In the beta missions, Hitman provides a wealth of options above and beyond the usual, straightforward bullet-to-the-head route that other games revel in. 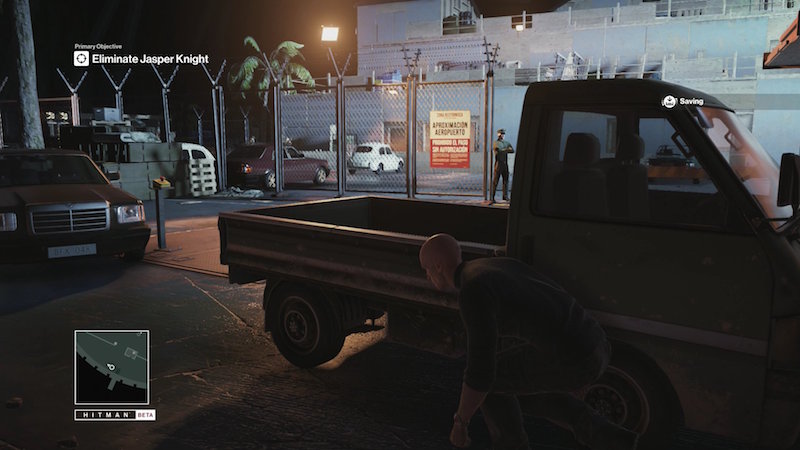 But the Hitman beta isn’t without its issues. It could barely keep a stable frame rate, was subject to more stuttering than Shah Rukh Khan in a 1990s Bollywood movie, and there was some awful screen tearing that saw recently deceased bodies turning into a part of the furniture and walls. Other users have even reported it crashing, forcing users to restart the game. Keep in mind that this was on the PS4 version.

In our previous impressions of the game, developer IO Interactive claimed that compared to the 30 to 40 non-playable characters (NPCs) you could interact with in Hitman: Absolution, there are 300 NPCs in this game. What’s more, your actions in the game affect those around you and they react accordingly. This doesn’t exactly bode well for the console versions considering how poorly the beta performed with an NPC count that’s drastically lower than the 300-odd we’d expect in the games main missions.

With a beta on Windows PCs at the end of the week, it will be interesting to see if there’s any perceptible difference in performance. Hitman possesses responsive controls and slick, refined gameplay that keeps you thinking and improvising. But is it enough to keep your mind off some nagging technical concerns? Hopefully this is an instance where the beta isn’t representative of the final product. Nonetheless we’ll know when this episodic take on the series releases on March 11, featuring its prologue and Paris missions.