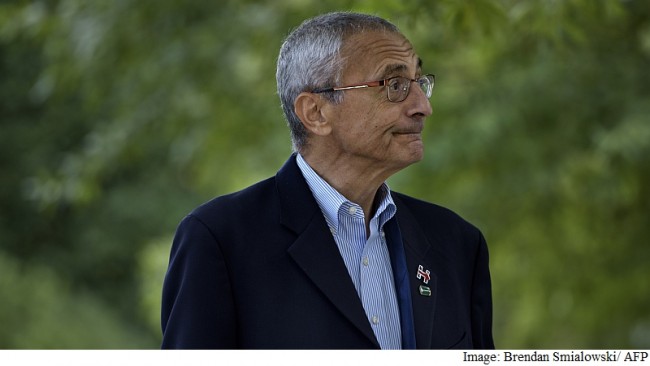 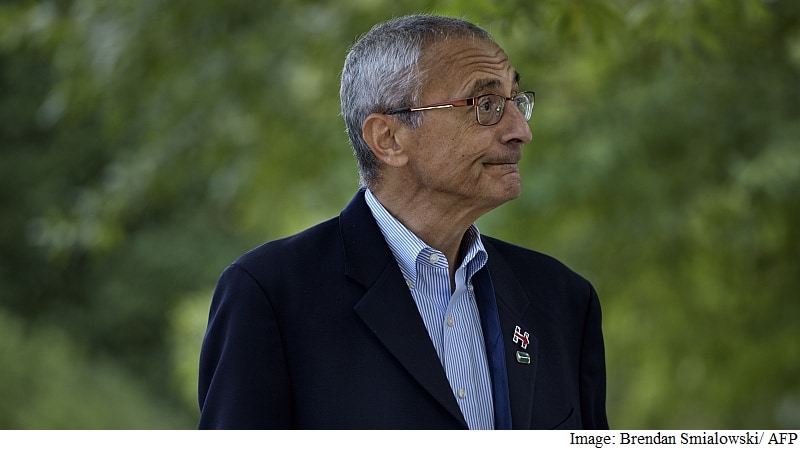 4chan Users Claim to Have Hacked Hillary Clinton Campaign Chairman John Podesta’s iPhone, iPad
HIGHLIGHTS
4chan hackers found John Podesta’s password in WikiLeaks email dump
WikiLeaks, however, says it had changed password before releasing emails
Podesta’s Twitter account had been hacked earlier as well
Hackers on a 4chan message board claim to have wiped the iPhone and iPad of Hillary Clinton’s campaign chairman John Podesta. The hackers got access to Podesta’s Apple devices within 12 hours of WikiLeaks releasing private emails from his accounts on Wednesday, which apparently included his Apple ID credentials as well as his Social Security number.

13 Oct
Pwn All The Things @pwnallthethings
Apparently some asshole from anonymous compromised Podesta’s Apple account using creds in WL dump and remotely wiped his phone. V cruel. pic.twitter.com/ZdfWf2NkuY
Follow
Pwn All The Things @pwnallthethings
4chan also apparently wiped Podesta’s iPad. pic.twitter.com/HzALdTvr98
10:56 PM – 13 Oct 2016
View image on Twitter
61 61 Retweets 38 38 likes
Before erasing the iPhone and iPad, 4chan users on a Reddit thread claim that they downloaded the data from Podesta’s email account. Talking to Gizmodo, a representative of the hackers said that information in the Podesta leaks was “helpful in conducting phishing attacks for the DNC members before the leaks emerged on Wikileaks.”

However, WikiLeaks on its Twitter handle said that it had changed the relevant credentials before releasing the email dump. Regardless of the veracity of the claim, it appears Podesta did not change his credentials including his Apple ID, despite his emails having been released to the public.

The screenshots show that Podesta had not enabled two-factor verification – an added layer of security – on his Apple ID.