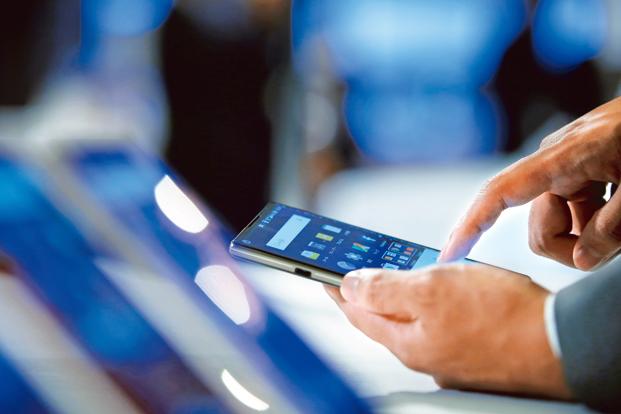 Analysts say there is space for home grown phone-makers as India is seen as the growth engine in the global smartphone business, but are doubtful of the prospects of another OS. Photo: Bloomberg

The company was established by the makers of TeeWe, an HDMI dongle device that enables users to stream content to their television sets.

The company wants to differentiate itself from current phone makers with its software, by offering updates to the OS and new features regularly.

“There is a lot of premium hardware that’s built but when it comes to software everybody’s the same. That’s where we want to step in,” said Sai Srinivas, founder and chief executive officer, CREO.

“Everything has been designed in Bengaluru. We’re still testing the devices, but we hope to go to market sometime this year,” he said.

Srinivas did not reveal specifics of the make of the phone, the features it is expected to have, or a potential price point because the details may change by the time the devices ship, but said that it would “not break your bank”, and that their target market are aspirational millennials.

Eventually, the company also plans to license its operating system to other phone makers.

Cyanogen is the most popular customized version of Android that’s available in the market today, and the start-up that makes the OS has raised about $85 million so far, with its OS on phones made by Micromax, OnePlus and France-based Alcatel, among others.

Analysts say there is space for home grown phone-makers as India is seen as the growth engine in the global smartphone business, but are doubtful of the prospects of another OS.

“I’m a bit skeptical because most of the [OS] launches in the past have remained less successful (relatively). Android continues to be dominant and with many forked versions of Android currently available in the market, there is very little that a platform maker can do to differentiate and enrich the customer experience at the end of the day,” said Kiran Kumar, research manager, client devices, International Data Corporation (IDC).

Smartphones are a lucrative market in India, with every major global phone maker vying for market share. Chinese market leader Xiaomi has been aggressively trying to push its products in India, as has OnePlus, with its OnePlus Two and OnePlus X devices. Even, Apple Inc. has filed applications to the Indian government to open its own stores in India, signalling the promise of the market here, which the US-based company had so far not paid attention to.

Currently, though, the market leader for smartphones in India is Samsung, with 21.6% share, followed by Micromax with 16.7%, Intex with 10.8%, Lenovo with 9.5%, and Lava with 4.7%, according to an August 2015 report by IDC, which also expects India to overtake the US as the second largest smartphone market globally by 2017.