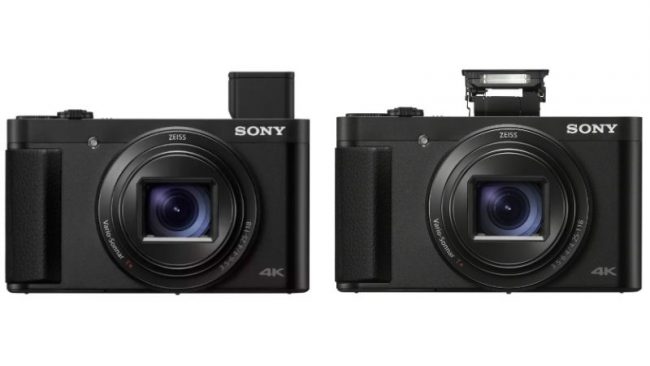 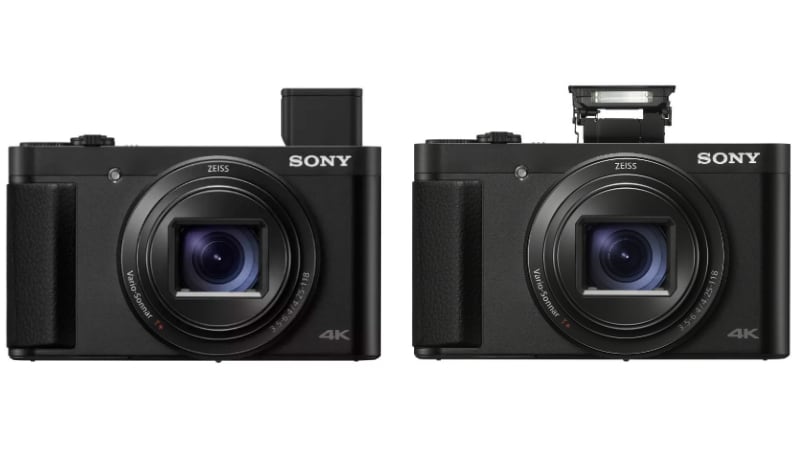 Sony at its Berlin event ahead of IFA 2018 on Thursday announced a slew of new products, including two new cameras in its Cyber-shot series. The Sony Cyber-shot DSC-HX99 and Cyber-shot DSC-HX95 are a pair of portable high zoom cameras that come with Bluetooth support for better connectivity. The duo will be made available in Europe from October this year, and Sony touts them to be the world’s smallest travel high zoom cameras with 4K recording capabilities. Sony also announced the new flagship Xperia XZ3, and a slew of headphones and TV products in Berlin.

The Cyber-shot DSC-HX99 and Cyber-shot DSC-HX95 offer a zoom range from 24mm at the wide end up to 720mm super-telephoto with the help of the Zeiss Vario-Sonnar T High Magnification Zoom lens. They supports image stabilisation with the help of optical SteadyShot, and is also equipped with a Zoom Assist function that allows the user to zoom out temporarily and displays a wider area when shooting a subject at the telephoto end.

The two cameras can capture 4K movie footage, and integrate the company’s Bionz X image processing engine combined with a front-end LSI that delivers high-speed continuous shooting at up to 10fps with a buffer limit of up to 155 images. The two cameras include features like autofocus with speed of only 0.09 seconds, Eye autofocus, RAW format image recording, touch focus/touch shutter function (on Cyber-shot DSC-HX99 only), sensitivity up to ISO 6400 for low-light photography, and location data acquisition via Bluetooth that can collect and record location data from a mobile device. Bluetooth support also allows transfers to smartphones or uploading to websites for quick sharing. The Bluetooth connectivity is compatible with Android devices supporting Bluetooth v4.0 and running Android 5.0 or later. It also works with iPhone 4S or later, and iPad 3rd generation or later. It can also shoot fast-moving subjects with high-frame rate HD recording at up to 100fps to produce slow-motion sequences during editing.

The Sony Cyber-shot DSC-HX99 offers an option called Control Ring to customise functions such as manual focus or step zooming. The Cyber-shot DSC-HX99 and Cyber-shot DSC-HX95 also offers My Menu personalisation for recall of up to 30 items and the ability to create custom menus. The LCD screen on both the cameras can tilt up to 180 degrees allowing you to compose selfies properly.