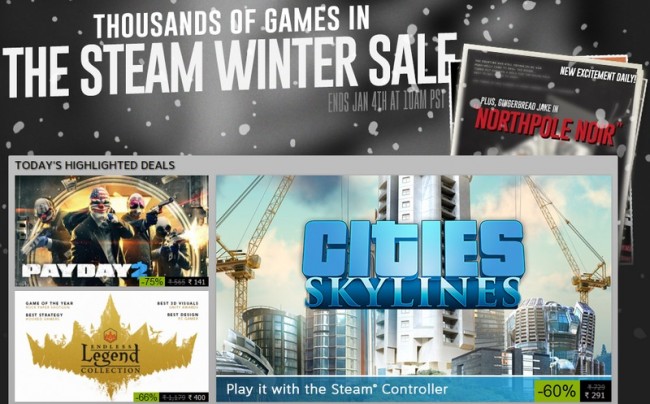 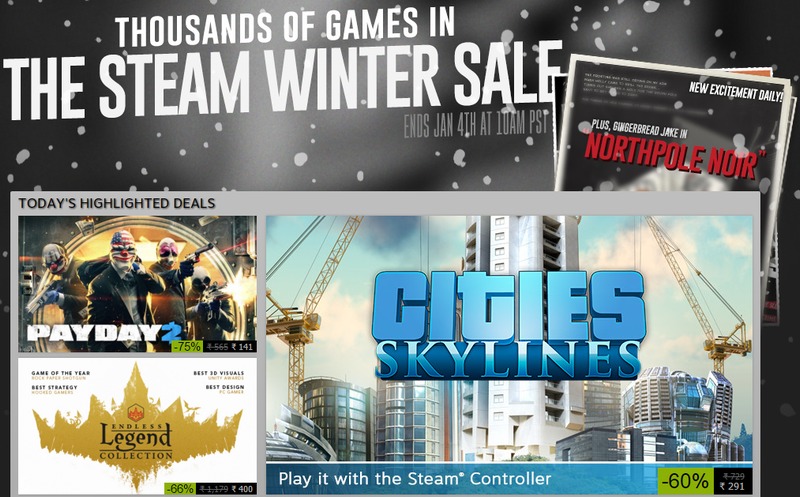 Every week this column brings you the best deals on apps and games. This week is a big one for PC game deal hunters, with great deals on amazing games you should pick up right away. We’ve also thrown in deals on apps, mobile games and one for Tomb Raider fans. The deals will expire soon, so don’t wait to get the apps and games that catch your eye.

Steam winter sale
PC gaming enthusiasts, this is your chance to get your favourite games at big discounts. Steam’s winter sale is on, with many games available under Rs. 500, and some even lower than Rs. 100. Awesome games such as GTA V, Sim City 4, and Payday 2. If you play games on your PC, now is the time to get them.